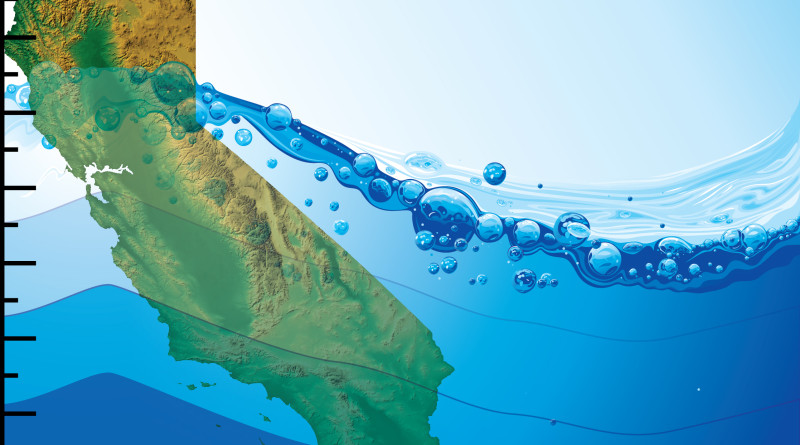 Rising oceans might be years away but state agency says preparatory action must be taken now.

HALF MOON BAY — Failure to address sea level rise now means we’ll pay the price for our inaction later. This was the message of the California Coastal Commission’s latest update on sea level rise.

Commissioners and commission staff discussed next steps in sea level rise planning at the state agency’s November meetings in Half Moon Bay. The discussion was an extension of the commission’s adoption of a sea level rise guidance document in August 2015.

The Coastal Commission, in its efforts to realize ongoing and evolving policies on sea level rise, has been working with local governments and stakeholders through outreach, training events and grant programs.

Through it all the commission has been urging citizens and government agencies across the state to take sea level rise, coastal flooding and other environmental concerns seriously.

“Global sea level rise is accelerating and extreme storm events are increasing in intensity, both of which are exacerbating coastal shoreline hazards that the Commission must address, including coastal erosion and flooding,” the commission stated in its current strategic plan, which is active through 2018.

Sea levels have already risen by at least 7 inches in the past century, according to the commission’s sea level rise policy guidance document. Global sea levels could increase by another 39 inches by 2100, according to the Coastal Commission and Intergovernmental Panel on Climate Change.

The mean sea level in California has increased by 8 inches since the early 1900s. A National Research Council study published in 2012 predicted sea levels along the California coast are expected to increase by 17 to 66 inches by 2100.

“Scientists widely agree that the climate is changing and that it has led to global increases in temperature and sea level. In the past century, global mean sea level (MSL) has increased by 7 to 8 inches,” the Coastal Commission stated in its sea level rise policy guidance document. “It is extremely likely [greater than 95 percent probability of occurrence] that human influence has been the dominant cause of the observed warming of the atmosphere and the ocean since the mid-20th century.”

Kelsey Ducklow, a climate change analyst with the Coastal Commission, said cities should have at least one plan in place to prepare for 5.5 feet of sea level rise by 2100 – even though current projections might actually prove to be conservative.

“Evolving science continues to suggest that sea level rise could be higher than previously projected. Understanding the ranges of impacts from worst-case scenarios, as well as from daily conditions versus extreme events, gives a more holistic view of what communities should prepare for,” Ducklow told commissioners.

Both Ducklow and commission staff stated its adopted guidance document should be a conversation starter. Cities, government agencies and other jurisdictions should start proactively planning for sea level rise now, according to commission staff.

Efforts to address sea level rise should also include adaptive measures, allowing jurisdictions to adjust policies depending on what actually happens along the coast (compared to what is predicted).

“Any amount of planning and assessment is useful,” Ducklow said. “In most cases we generally know what’ll happen as sea levels rise. Frameworks for addressing impacts can be laid out in LCP policies, even while calling for additional detailed information. The important point is to begin planning now and laying the groundwork for how to address anticipated impacts.”

Senior Deputy Director Jack Ainsworth said while efforts to address sea level rise are noble and worthy, so much more still needs to be learned.

“There are going to be some lumps and bumps. We’re at the beginning of this. We don’t know everything and we shouldn’t be so arrogant to think we do know everything,” Ainsworth told commissioners. “We should be open to different approaches.”

“Solving the problem will not be done by piecemeal, ad hoc, permit-by-permit actions. It will require a long-term commitment, community-based, comprehensive, local and … compassionate planning,” Liebster told commissioners.

“If the legislature can set the table with clear policies, I think that would be helpful,” Kinsey said.

To date 29 jurisdictions were awarded nearly $4.5 million in funds through the LCP Local Assistance Grant Program to complete sea level rise vulnerability assessments and adaption reports, among other activities.

Another $500,000 in grants is available; the Coastal Commission anticipates issuing a request for proposals at some point in 2017.

Only two jurisdictions were awarded grant funding for adaptation plans.

“Sea level rise and how the commission responds to it may result in significant changes in the distribution of environmental benefits, particularly as it relates to public access to the coast and low-cost recreational opportunities,” Coastal Commission staff stated in a report to commissioners. “The [commission’s] Sea Level Rise Team will seek opportunities to coordinate on these issues through such actions as continued coordination with local governments, public outreach and work with the commission’s Public Education unit.”

The Coastal Commission met Nov. 2-4 at Oceano Resort Hotel in Half Moon Bay.