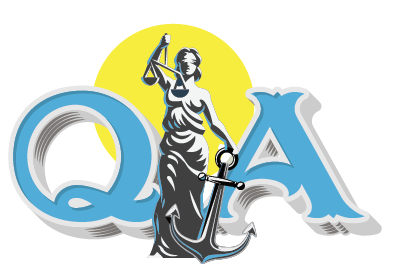 Question: Just looking for a safe Marina in Mexico to take my 2013 52-foot SEARAY. Any suggestions?

Answer: When it comes to boating in Mexico, we generally look towards contributing writer Captain Pat Rains, who runs our Mexico Report column. This is what Rains had to say when asked about the best recommendations.

“My three favorite marinas in Mexico are (1.) Marina CostaBaja in La Paz, due to its WX safety, security, and good location; (2.) Paradise Village Marina at Puerto Vallarta, for its comfort and security, and (3.) Marina Isla Navidad at Barra de Navidad for WX safety and ambiance.

The boat owner may be worried about the 52-foot Sea Ray’s fuel range for getting safely down the outside of Baja. As my last Mexico Report pointed out, after the three nice, safe marinas and two fuel docks in Ensenada, it’s about 770 n.m. further down Baja to reach the Los Cabos region (Cabo San Lucas and San Jose del Cabo) with four nice, safe marinas and three fuel docks. The boat’s ability to make it safely down to Los Cabos and the 37 marinas beyond all depends on how many gallons of diesel the Sea Ray carries and what RPMs the engine(s) are safely pulled back to achieve maximum fuel efficiency. Along the Baja coastline, any boat running too fast could burn all its fuel before reaching the next fuel dock.

If bridging that Baja gap is a fuel problem for this Sea Ray owner, then I’d recommend Marina Coral in Ensenada for its security, ambiance, and efficiency – it’s also north of hurricane alley, so it has WX safety as well.”

RE: Lake Perris to Have New Marina Operation (July 8- 21)

Question: “This sounds amazing. Been coming to the lake almost every weekend in the summer for the last three years. Would love a place to park my boat and eat.

However, not happy with jet ski rentals. The lake has become very dangerous from the jet ski riders. They drive recklessly. Don’t follow the rules of the lake and almost hit my kids in the water many times. They get too close and don’t respect the orange flags that a boat has up. To remind other vessels not to come close. How do you plan on keeping it safe?”

Answer: While Todd Matthews, owner of Rec-Out SoCal, stated he had hoped for jet ski rentals, it was not approved.

According to John Rowe, superintendent of California State Parks Inland Empire/Perris sector, the marina does not rent Jet Skis and has no intention of doing so.

“As far as JetSki operation, we have law enforcement that patrols the lake and make[s] enforcement contacts,” said Rowe. “Some contacts result in a citation being issued with a fine over $450. I cannot remember the last time we had a fatality with a JetSki involved. It has been at least seven or eight years to my memory. The lake is a small reservoir and is extremely busy. Every weekend this summer, we have closed the lake to boats by 10 a.m. because we hit boat capacity, which is 450 vessels. Despite having so many vessels in such a small area, it is relatively safe.”