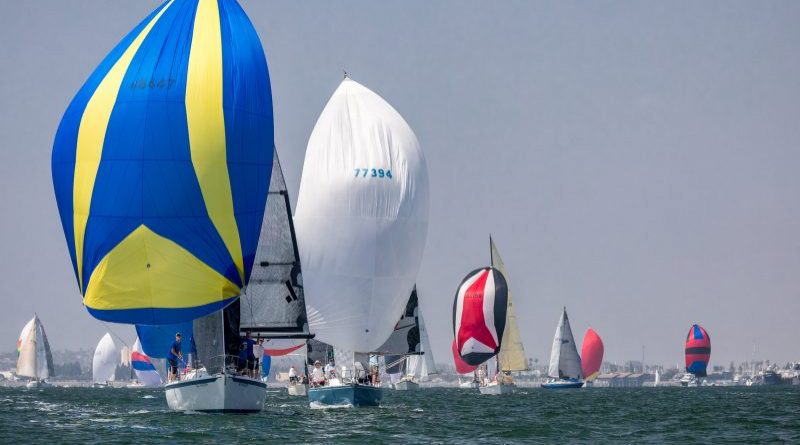 SAN DIEGO一 Sharp HospiceCare announced that their 18th annual Sharp HospiceCare Regatta will take place on Aug. 27-28, the race will be sponsored by Cortez Racing Association at Coronado Yacht Club in San Diego.

The event raises funds for Sharp HospiceCare, a non-profit that provides end-of-life care to patients via three hospice homes throughout San Diego County.

There are three components to the event beginning with a “Tommy Bahama” style event at the Marriott Marquis that will start at 6 p.m. on Aug. 27, tickets are $255 and include a full-course dinner, dancing, and a silent auction.

On Aug. 28 Cortez Racing Association will host a race and spectator event at the Coronado Yacht Club, festivities start at 10:30 a.m.

The event is $150 which includes a yacht reservation, lunch, refreshments, and a post-race dinner party.

Participants will board a series of yachts that were donated for the event and go out into San Diego Bay where they will watch a regatta sponsored by Cortez Racing Association, after the race, they will go back to Coronado Yacht Club for a post-race dinner and awards ceremony for the winners.

The race will start at 1 p.m. at the east end of Harbor Island, and racers will compete for the chance to take part in the 2021 Hospice Regattas National Championship in Charleston, South Carolina.

The proceeds from the event will go towards Sharp HospiceCare’s Home for Hospice campaign, an initiative to build and maintain hospice homes in San Diego County.

This year’s campaign is expected to raise over $3.5 million which will go directly towards purchasing and maintaining facilities, particularly a new facility, Mountainview Home, in Poway set to open in 2023, according to Johnson.

Sharp HospiceCare is celebrating its 29th year. The first home, Lakeview, was donated to Grossmont Hospital Foundation in 1996 and was licensed in 2001, on average the organization serves 425 patients every day according to Johnson.

For more information about Sharp HospiceCare or to purchase tickets for either the dinner or the spectator event visit https://grossmontfoundation.ejoinme.org/Regatta2021