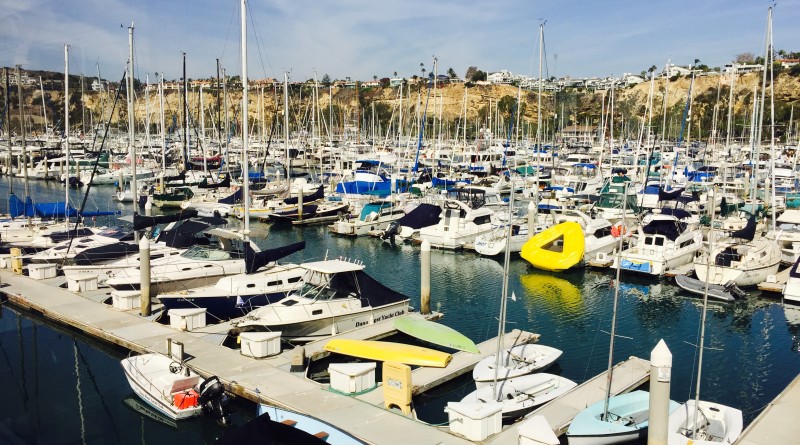 County does not complete audit of Dana Point Harbor

The Orange County Auditor-Controller’s office reached out to The Log shortly after publishing the story below and informed the editorial department it is concurrently working on four audit reports associated with operations at Dana Point Harbor.

Plans to audit operations at Dana Point Harbor’s Ocean Institute were also delayed, according to the Auditor-Controller’s office.

“This audit was delayed because during the course of the audit, this Ocean Institute lost their Controller, CFO and accounting staff. Staff turnover of course delays the audit,” Auditor-Controller Public Information officer Danielle Katz told The Log in an email. “We issued our pre-draft report to OCCR Feb. 8. The agency has until Feb. 16 to provide comments. After comments are received and incorporated, a formal draft report will be issued. Once issued, the agency then has 60 days to respond. A public final audit report will be issued for publication once that process is completed.”

Responses to an audit of Vintage Marina Partners’ work at Dana Point Harbor are due Feb. 24. A report is expect to be published within a week after responses are submitted.

The promised follow-up report on the initial hotel discount program audit is also still in the works, according to Katz.

There is also a new audit in play: the Auditor-Controller’s office will be taking a look at Dana Point Yacht Club, Katz told The Log.

“This new audit is currently in the audit management review stage. The field work for this audit has been completed and an audit manager is currently reviewing this material. A pre-draft report will be issued to the agency for review once this process is complete,” Katz said.

[Editor’s Note: The original report published in the Feb. 10-23 issue of The Log and on TheLog.com on Feb. 9 is below.]

DANA POINT — If there is ever a court trial to prove why government gets a bad rap for being inefficient and unable to deliver on promises then the first piece of evidence presented would be an exhibit of Orange County’s failure to publish a series of promised audit reports of Dana Point Harbor operations.

Roughly nine months has passed since the Orange County Auditor-Controller’s office publicly released an audit report on a hotel discount program at Dana Point Harbor. However county officials have not released any information of a promised follow-up report.

Three other audit reports on Dana Point Harbor operations, which county officials said would be published within months of the first report, have not yet been released either.

The Log’s multiple requests for updates on the planned audit reports were unsuccessful, as the Auditor-Controller’s office did not respond to questions about status updates.

Auditor-Controller Eric Woolery stated in his report the hotel discount program was not authorized by the Orange County Board of Supervisors.

Woolery’s office released 12 findings in an internal audit report of Orange County’s management of a hotel discount program at Dana Point Marina Inn. The report found “critical” or “significant control weakness” in eight of the 12 findings.

The county auditor’s office, in a press release issued May 11, 2016, stated it would follow up on its initial report six months later.

“The Auditor-Controller will conduct a follow up report in November 2016 to determine if the recommendations have been implemented and that adequate controls are in place,” county officials said in its May 11, 2016 released statement.

To date no follow-up reports were publicly announced or filed. Whether Dana Point Harbor’s county managers implemented any of the Auditor-Controller’s recommendations is not publicly known.

The Log previously reported the May 2016 audit would be followed-up by other reports looking at the harbor’s Special Revenue Operating Fund and lease with Ocean Institute. Another audit report would look at Village Marina Partners’ operations of local concessions and dry boat storage.

The audit report on Dana Point Harbor’s Special Revenue Operating Fund was due to be released in summer 2016. However there is no evidence the Auditor-Controller’s office ever completed the announced report, let alone made any results public.

Dana Point Harbor itself has been the center of quite a bit of administrative activity since the May 2016 county audit report was released.

A job announcement on the Orange County human resources website was found a few weeks later, with officials looking to hire a full-time and dedicated harbor manager. The application period for the job opening closed Jan. 4. The status of the position is currently unknown.

Meanwhile the county’s Board of Supervisors approved a $300,000 public relations contract for the harbor.

Orange County’s handling of Dana Point Harbor operations during the past 20 years certainly raises questions of whether local and regional government agencies are properly managing promised deliverables. Several planned revitalizations endured years, if not decades, of public process and policymaking – and not always with positive results.

Plans to upgrade Channel Islands Harbor in Oxnard, for example, stalled shortly after the Great Recession and have only recently resumed its vetting process. Portions of the waterfront have since become dilapidated.

Los Angeles County began planning for a boat storage project at Marina del Rey in 1999; the project is still in the planning phase in 2017.

The California Coastal Commission rejected a plan to develop about 400 acres of open land at the southwestern edge of Newport Beach. The Banning Ranch project entered the public process in the 1990s and still might continue forward despite the commission’s September 2016 decision.