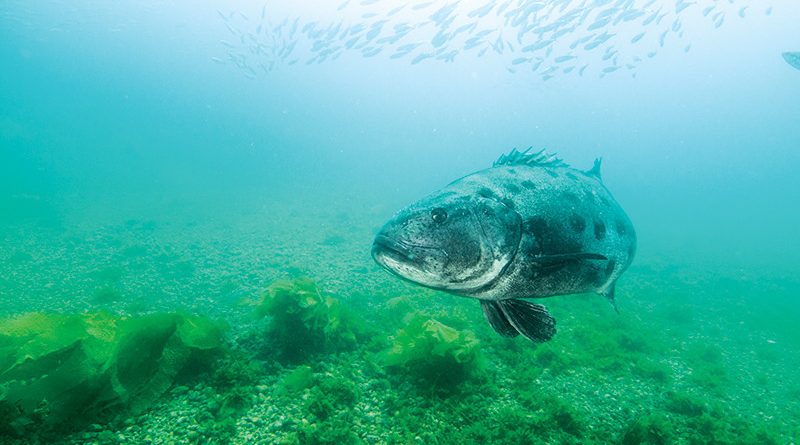 The giant sea bass habitat ranges up and down the California coast and into Mexico, it is thought that 73 percent of their habitat is in Mexico waters.

SAN DIEGO一 A researcher from the University of California, San Diego have discovered a population of giant sea bass thriving in Mexican waters that could lead to a change in the giant sea bass designation of critically endangered.

The bass is considered the largest coastal bony fish in the Northeastern Pacific reaching up to 700 pounds in weight and growing up to 9 feet in length.

The fish is native to the coastal waters of California, Mexico, and is found throughout the Gulf of California.

The bass is considered to be critically endangered by the International Union for Conservation of Nature and has been banned in both commercial and recreational fishing in the United States since 1981.

Arturo Ramírez-Valdez, a researcher for UCSD, believes that he has made a discovery that could change the endangered designation of the bass.

In an Aug. 9 article that Ramírez-Valdez wrote for The Conversation, an academic publication, he alleges that the report used by the International Union for the Conservation of Nature lacks data from Mexican waters which is considered 73 percent of the species’ range.

Ramírez-Valdez took what he believed to be a gap in the knowledge and began to research the giant sea bass population in Mexico.

According to the article, Ramírez-Valdez led an effort to document the giant sea bass in Mexico in 2017 and was surprised to find that the bass was found throughout markets and fishing grounds.

“The fishmongers were never out of the fish; instead, they would ask us, “How many kilos do you need?” said Ramírez-Valdez in the article. “It was clear that for fishers in Mexico, the species is still common in the sea, and therefore, in their nets. It is still possible to find big fish up to 450 pounds or 200 kilograms, and the average catch was around 26 pounds (12 kilograms).”

According to Ramírez-Valdez biologists consider a fishery to have collapsed when total catches, with the same amount of fishing effort, fall below ten percent. In his study, Ramírez-Valdez found that the largest yearly catch ever recorded in Mexico was 386 tons in 1933, since that time Mexico has had a steady trend of 55 tons a year for the past 60 years with a peak of 112 tons in 2015.

Ramírez-Valdez said that this shows that while the population has faced a severe decline it is not as dire as once thought.

Ramírez-Valdez will be leading an assessment for the International Union for Conservation of Nature to accumulate more data for species records.

“I hope that our study inspires policymakers in the U.S. and Baja to start a conversation about how to manage this incredible fish in a collaborative way,” said Ramírez-Valdez in the article. “But I feel our work also has larger implications. It shows how asymmetry in research and data can create significant barriers to understanding the past and present status of a species like the giant sea bass and make it harder to implement sustainable practices for the future.”