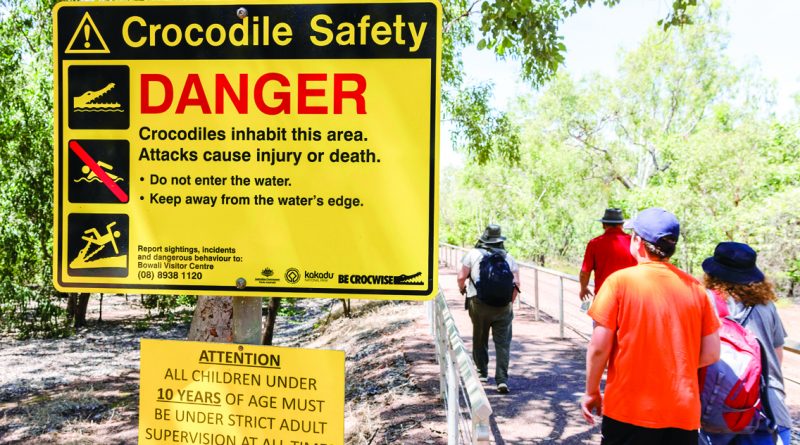 AUSTRALIA— A group of anglers in Australia were in for a surprise when an uninvited dinner guest hopped aboard their vessel. ABC Australia reported the group of anglers were fishing on the South Alligator River in Kakadu National Park on the night of April 24 when a crocodile – possibly as big as 16 feet – launched out of the water and flung itself over the vessel’s rail and onboard. The news outlet reported it was believed the group had stopped on the river to cook dinner on the vessel when the crocodile attacked.

The crocodile bit the seat occupied by one of the men before escaping back into the river. The man was treated for minor injuries at a nearby health center and released, no one else was reported to have been hurt, according to ABC Australia.

Crocodile expert Dr. Adam Britton told ABC Australia while it is incredibly rare for a crocodile to jump inside a boat, it is possible.

“Big crocs can push themselves out of the water, especially if they’ve got something to rest against like the side of a boat,” Britton told ABC News.

After the incident, rangers from Kakadu National Park began searching for the crocodile. Britton told ABC Australia in a situation like this if an animal is showing this kind of unusual behavior, then it’s a prime candidate for that animal to be removed. So far, no word on the location of the crocodile or if it has been relocated.

South Alligator River is a premier Kakadu fishing spot, according to its website. On the website, Parks Australia advises visitors to be “crocwise” and provides a bulleted list of advice on how to do so.

“When cooking meals on a boat, crocodiles will be attracted by food smells especially at night, have an elevated awareness of crocodiles. Keep spotlighting for crocodiles,” one of the bullets reads.