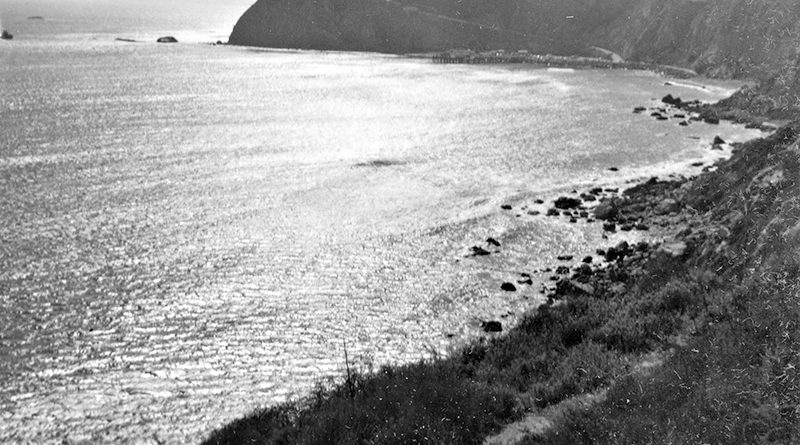 DANA POINT– In the 1950s, pioneering surfers discovered the magic of Dana Point and its potential for a great surf session. In 1954, Hobie Alter of Hobie Surfboards, a Dana Point retail hotspot, and the Hobie Cat Sailboat Fame, a catamaran unleashed on the Southern California beaches since 1970, opened the mainland’s first retail surf shop in Dana Point. Early surf legends came to ride “Killer Dana,” a legendary wave that broke at Dana Point Cove.

When seas were calm, ships could anchor at Dana Cove or send landing craft to its narrow strip of sandy beach. When swells rolled in, however, the seafloor amplified the wave action. Just like that, the wave was named Killer Dana. The cove and an adjacent promontory owed their names to sailor Richard Henry Dana, who collected cowhides there in 1835-36 and later wrote about his visit in “Two Years Before the Mast,” a book widely read throughout the area.

It wasn’t until the 1960s when that cove would become a harbor as the construction of Dana Point Harbor started with the building of the rock breakwater jetties. Dana Point Harbor was officially dedicated on July 31, 1971. Inside its one-and-a-half-mile jetty, the harbor houses two marinas.

Today the harbor provides slips and mooring for over 2,500 boats and more than 50 specialty shops and restaurants. Over two million visitors visit the harbor annually for shopping, dining, and enjoying various recreational activities.

In the 1970s, residential development began earnestly, and the sleepy beach town was transformed. Then, in 1989, residents voted to incorporate as a legal city so they could have control of planning and development.