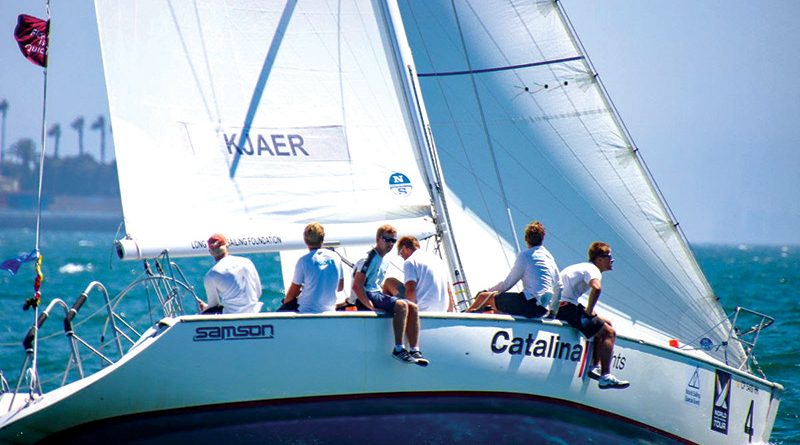 The skippers have been duking it out on the water all summer long, in June, Petersen won the US Youth Match Racing Championship for the Rose Cup and followed it up with a victory in July where he just edged out Kjaer in the finals.

Kjaer really turned it around this week and won three out of the four matches in the semi-finals against Wood and then repeated the feat against Petersen in the petite finals also winning three out of four matches and successfully securing the Ficker Cup, placing Petersen in second place and Wood in third.

“We are really very happy,” said Kjaer in a Sept. 12 press release from Long Beach Yacht Club. “Our main goal was to do as good as possible and try to qualify for the Congressional Cup, but this is better. And we are so grateful that there’s qualifiers for events like this – it gives young guys like us an amazing chance to join the event and I can’t wait to be able to sail against sailors like Taylor Canfield and all great sailors like that, it is really exciting for us.”

All three skippers and their teams have qualified for the Congressional Cup which began on Sept. 14.