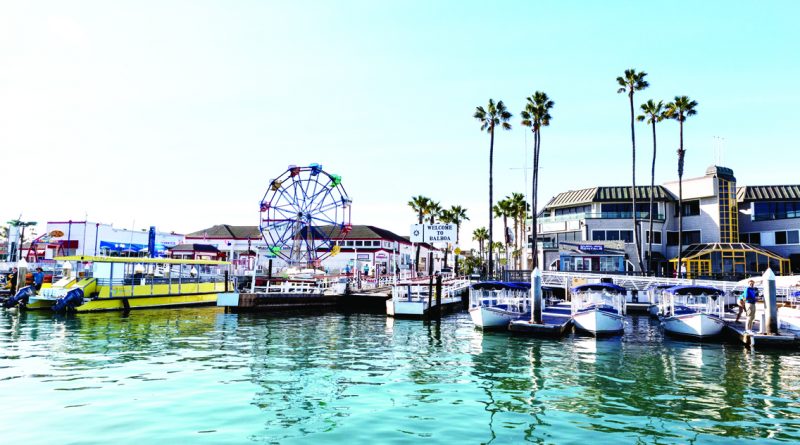 The museum announced their plan to sell the local landmark in 2020 during the COVID-19 pandemic.

The new owners are long-time residents of Newport Beach and plan to restore and continue running the Balboa Fun Zone, according to a June 1 press release from Discovery Cube.

According to the press release Discovery Cube looked for a buyer that would continue to run and restore the Fun Zone for residents and tourists.

The acquisition was led by Chartwell’s Operating Partner Henry Pyle, the Pyle family have been residents of Newport Beach since the 1960s.

“We are excited and honored to assume stewardship of the iconic Balboa Fun Zone and look forward to working with the city and community of Newport Beach to restore this historic 80-year-old landmark,” said Pyle in the June 1 press release. “We are grateful to the Museum’s Board of Trustees for entrusting Chartwell with the preservation and restoration of the Fun Zone.”

The decision to sell the property was announced on Dec. 2, 2020, after almost a year of closure due to the COVID-19 pandemic that had a significant impact on the non-profit’s ability to garner revenue.

“With COVID, we’ve been closed since March 16,” said Joe Adams, the Discovery Cube’s CEO in a Dec. 2, 2020 article with the Orange County Register. “We’re a place for children to learn hands-on and a place for people to hear lectures; without the revenue, we would generate, it’s clamped down on our abilities to keep going.”

The property didn’t go on the open market until February of this year and included the Fun Zone building, a 21,400 square foot marina, a boardwalk including the Ferris wheel, other rides, and the parking garage.

The Balboa Fun Zone was originally built by Al Anderson in 1936 and has been an iconic landmark on the Balboa Peninsula since.

For 85 years the zone has been the home to rides, including the famous Ferris wheel, arcade games, snack stands, and rentals for boats and bicycles.

The Anderson family owned the zone until 1972 when they were forced to sell after a lawsuit regarding a diving accident on one of the beach platforms. The property then changed hands a few times before it was bought out by the Newport Harbor Nautical Museum in 2005, according to the Balboa Fun Zone website.

In 2016, the Discovery Cube merged with ExplorOcean, the museum and educational center, to create Ocean Quest, a children’s educational facility, and officially acquired the property in 2017.

The educational facility replaced some of the older rides in favor of a K-12 STEM program that taught about the importance of our oceans.

To make up for the loss of the facility, Discovery Cube is planning to create a series of exhibits at their various locations to highlight the world’s oceans.

And as part of the agreement with Chartwell, the museum’s education vessel, Dylan Ayres, will continue to dock at the Fun Zone and resume its educational voyages in the fall.

The Fun Zone will continue to remain open throughout the transition, offering Ferris wheel rides Monday through Sunday for $5 per person, opportunities for whale watching, and more. For details see https://www.balboaferriswheel.com/.