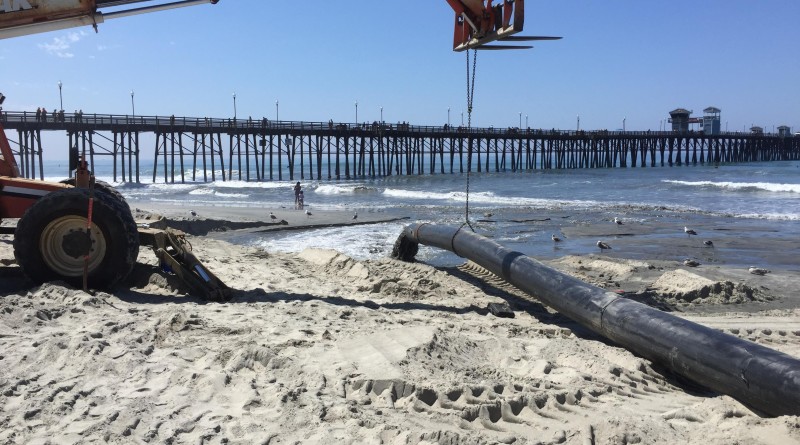 “Placement of beach quality material along the shoreline is a beneficial byproduct of the maintenance dredging project,” the Corps of Engineers said in a released statement.

The dredging project began June 6 but was hampered by delays. CJW was forced to suspend operations due to adverse ocean conditions. Work was supposed to be done July 29.

CJW has been replacing dredged sand sediment onto Oceanside’s beaches. Dredging of Oceanside Harbor’s federal channels is an annual event, according to the Corps of Engineers.