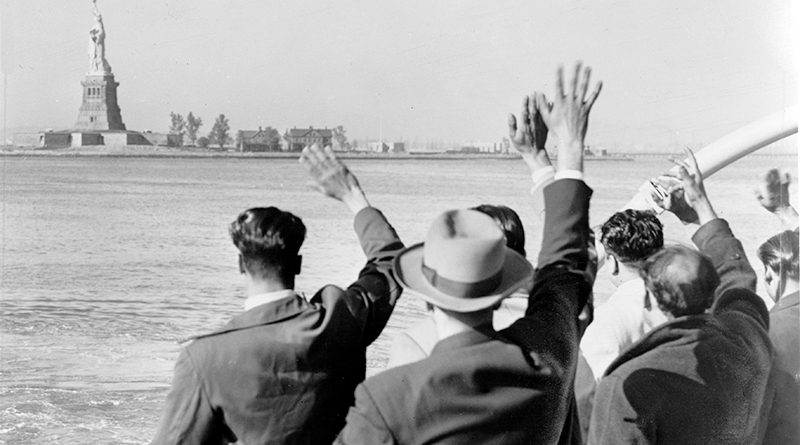 Over 12 million immigrants passed through Ellis Island between 1892 to 1954 coming from all corners of the world. Shutterstock image.

NEW YORK一 On Nov. 12, 1954, The Immigration and Naturalization Service removed the last detained immigrants from Ellis Island, effectively closing the “gateway to America.”

Ellis Island processed more than 12 million immigrants from when the island was formally opened as a U.S. Immigration Station in 1892 until the last immigrant, a Norwegian merchant seaman named Arne Peterssen, was released from the island in 1954, according to the Statue of Liberty website.

Ellis Island went through a few phases before it was known as a gateway. The island didn’t receive the name Ellis until Samuel Ellis purchased it on Nov. 18, 1774, who then built a tavern on the island.

Ellis died in 1794 and bequeathed the land to his unborn grandson, who died as an infant. The land went back into the control of New York City who then gave the deed for the island to the state of New York to construct fortifications by the U.S. War Department, according to the National Park Service website.

The island stayed under military control, even serving as a station for troops during the War of 1812, until 1891 when Congress passed the immigration act creating a Bureau of Immigration and a Superintendent of Immigration within the Treasury Department.

A commissioner was then appointed to every major port, and Colonel John B. Weber became the first Commissioner of Immigration on Ellis Island.

The station formally opened in 1892, and Annie Moore of Ireland was the first immigrant to be processed. By the end of the first year, over 400,000 immigrants had been processed through the station, according to the National Park Service.

In the 62 years, Ellis Island was in operation, more than 12 million immigrants passed through the gateway, buildings were destroyed and re-built then added to, the country went through two world wars, and the United States immigration policy continued to shift with the times constricting or opening the flow of immigrants allowed to enter.

The final ferry left Ellis Island on Nov. 29, 1954, and the island was forgotten to time.

On May 11, 1965, President Lyndon B. Johnson proclaimed Ellis Island as part of the Statue of Liberty National Monument, and the island came under the control of the National Park Service, U.S. Department of the Interior.