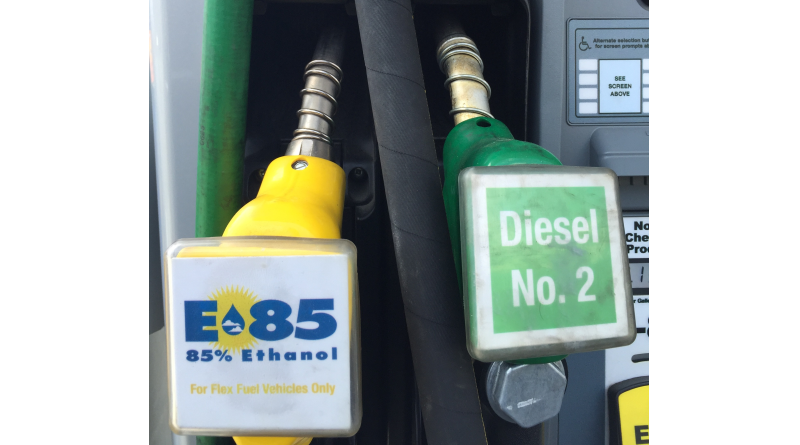 Several boater advocacy groups are in opposition with the Environmental Protection Agency’s proposal to begin offering E15 (fuel with 15 percent ethanol) at more fueling stations in 2017.

WASHINGTON, D.C. — Our fuel supply could feature a little more ethanol in 2017 if the Environmental Protection Agency (EPA) gains enough support for its plans to increase its Renewable Volume Obligations (RVO) next year as part of the Renewable Fuel Standard (RFS). The plan could result in more fueling stations offering E15 (fuel with 15 percent ethanol).

Recreational boating advocacy groups such as BoatUS say boaters are prohibited from using E15 in their vessels as the fuel blend is harmful to boat engines.

Overall the EPA seeks to increase the amount of ethanol in our fuel supply, with efforts to bring E15 and E85 (fuel blend with 85 percent ethanol) to as many consumers as possible.

“We believe that ongoing efforts to increase the availability of E15 and E85 at retail will create opportunities for greater supply of ethanol in 2017 in comparison to 2016,” the EPA stated through a Federal Register notice on May 31. “We believe that over time use of both higher level ethanol blends and non-ethanol biofuels can and will increase, consistent with Congressional intent to increase total renewable fuel use.”

More increases in the ethanol supply could be in the works depending upon market reactions to the government’s established standards.

“For 2017, we believe that slightly larger increases in ethanol supply are possible,” EPA staff stated in the Federal Register notice. “While the market will ultimately determine the extent to which compliance with the annual standards is achieved through the use of greater volumes of ethanol versus other, non-ethanol renewable fuels, we nevertheless believe … this ethanol volume represents a realistically achievable level that takes into account the ability of the market to respond to the standards we set.”

The Federal Register notice said the 2017 fuel supply could feature as much as 800 million gallons of E15 gasoline.

“Combined with previously existing retail stations registered to offer E15 and ongoing efforts to expand E15 offerings at retail apart from USDA’s program, it is possible that 1,700 stations could offer E15 by 2017,” EPA staff stated.

More stations offering E15 fuel means would result in a significant jump in use of the blend over E10 – which could mean bad news for recreational boaters.

“Since the average retail station will sell about 950 thousand gallons of gasoline in 2017, 800 million gallons of E15 could be sold if about half of the gasoline sold at each of these 1,700 stations was E15,” EPA staff stated. “Under these conditions the use of E15 instead of E10 would increase total ethanol use by about 40 million gallons.”

“The proposal would increase the amount of E15 that must be sold next year (by at least 700 million gallons), putting countless Americans at risk of misfueling with a prohibited fuel,” a statement on the NMMA website stated. “Public comments are critical in this process; EPA will take them into consideration before it finalizes the 2017 ethanol mandate. Therefore we must mobilize as an industry and reverse this proposal.”

“It has been proven that E15 and higher blends destroy marine engines, void warranties and leave boaters stranded on the water. With the EPA forcing more E15 onto the market, the government is jeopardizing the boating industry and endangering the boating public,” a drafted form letter for boaters to send to congressional representatives stated. “Considering that 97 percent of boats are fueled up at gas stations, the likelihood of accidental misfueling is high.”

H.R. 5180 was introduced on the House of Representatives floor on May 10 by Rep. Bill Flores (R-Tex) and referred to the Energy and Power Subcommittee three days later.

If approved the bill would help keep E15 off the market and require all fuels to be within the E10 blend wall.

“The EPA has outright prohibited marine engines from using E15 and higher blends. Yet to date the government has failed to implement any legitimate plan or precautionary measures to prevent such misfueling from taking place,” the suggested form letter regulators stated. “If EPA continues with this proposal it will put millions of marine engines and boat owners in jeopardy.”

Public comment on the EPA’s proposed rule will be accepted through July 11.