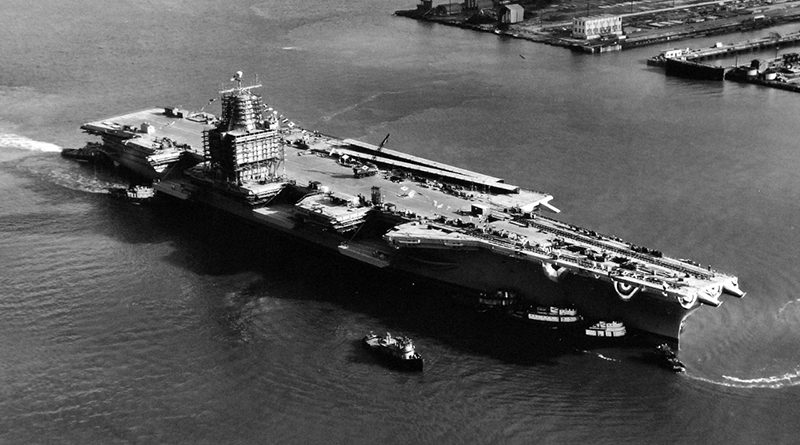 The ship nicknamed the Big E was powered solely by eight nuclear reactors, and therefore did not need to carry its own fuel and allowed the ship to carry more weapons and aircraft.

The project came out to $451.3 million, according to wired.com who reported that the project is equivalent to $3.3 billion in today’s market.

There were five other ships that were set to be constructed in the fleet but the Enterprise came in too far above its budget and the other plans were scrapped.

The 1,120-foot ship made its first nonstop trip around the world in 1963 but it didn’t head into battle until 1965 when the Enterprise was sent to Vietnam where it launched 125 sorties on the first day and 167 tons of bombs and rockets, most of the ordinance was aimed at the Viet Cong supply lines.

The ship was back in dry dock from 1969 to 1970 before returning to Vietnam with new nuclear reactors and the ability to power the ship for 10 years.

The Enterprise was active for 51 years before being decommissioned in 2012, according to the Naval technology website.

The Enterprise had over 250,000 sailors and officers to service onboard, traveled more than one million nautical miles, and saw more than 400,000 aircraft landings and 25 deployments. It took part in the blockade of Cuba during the Cuban Missile Crisis and supported operations in Vietnam as well as Afghanistan and Iraq.

The ship was towed to the shipyard on June 21, 2013, where it underwent the process of deconstruction.