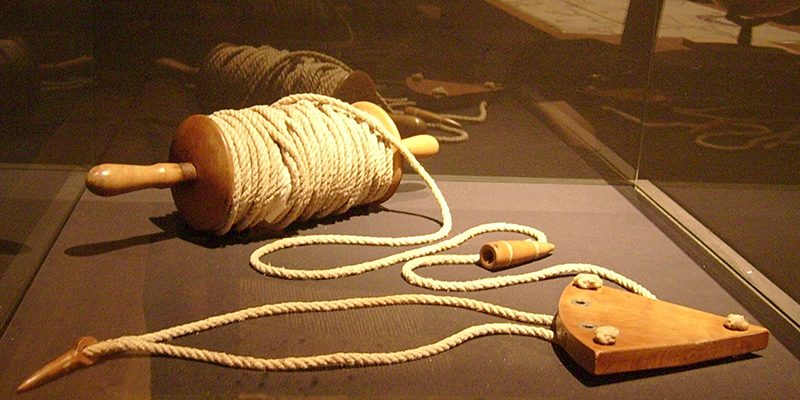 Speed and distance on the water are very different than on land. Miles and miles per hour do not exist at sea. When you travel on a vessel across the ocean, a nautical mile is the measurement used to determine the distance traveled through the water. A nautical mile is slightly longer than a mile on land, equaling 1.1508 land-measured (or statute) miles. The nautical mile was determined by the Earth’s longitude and latitude coordinates, with one nautical mile equaling one minute of latitude.

On the other hand, knots are used to measure speed. One knot equals one nautical mile per hour or approximately 1.15 statute mph. The term knot dates back to the 17th century when sailors measured their ship’s speed using a “common log.” The common log was a rope with knots at regular intervals attached to a piece of wood shaped like a piece of pizza. Mariners would drop the wood piece into the water and let it float freely behind the ship for a specific amount of time. They often timed this with an hourglass, and when the time was up, they would count the knots between the ship and the piece of wood, and that number gauged their speed.