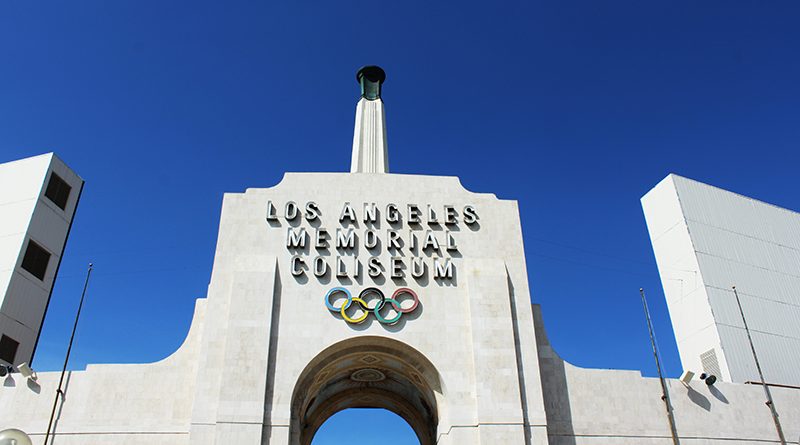 The Los Angeles Memorial Coliseum hosted the opening ceremonies for the 1932 games and the 1984 games. Shutterstock image.

Los Angeles welcomed the Olympic Games on July 28, 1984. This would be the 20th iteration of the games in modern history and a significant one as the Olympics of 1984 encompassed commercialism, modern technology, the inclusion of China after 50 years, and a boycott from the Soviet Union and 14 of its allies.

By the time the bid for 1984 came around, the ability to host was between Tehran, Iran, and Los Angeles. However, L.A. became the default winner after Mohammad Reza Pahlavi, the last Shah of Iran, was overthrown in 1978, forcing them to withdraw their bid.

A significant step for the games was the pure financial success of the Los Angeles games. This was the first time the games had finished with a profit since 1932. The committee had a surplus of $235 million, according to the Southern California Committee for the Olympic Games website.

Funding the games came down to corporate sponsors, with 25 companies contributing a minimum of $4 million in cash or products.

Those sponsors were allowed to use the Olympic symbols on their products and market them as official products of the Olympics.

“The Organizing Committee’s creative use of television and sponsorship revenues was hailed as a new financial model for the Games, and LAOOC President Peter Ueberroth was selected by Time Magazine as its “Man of the Year,” said the SCCOG website.

In May of that year, the Soviet Union and 14 of their allies announced they would be boycotting the games; parallels were drawn between the 1984 boycott and the 1980 boycott the United States and 64 other countries had participated in during the Moscow games.

The U.S. benefitted the most from the boycott, winning 174 medals, 83 of which were gold, according to Britannica.

The U.S. saw success in most of its events, including sailing, where they medaled in every sailing event that year.

The games were a spectacle that set the example for Olympic Games moving forward.