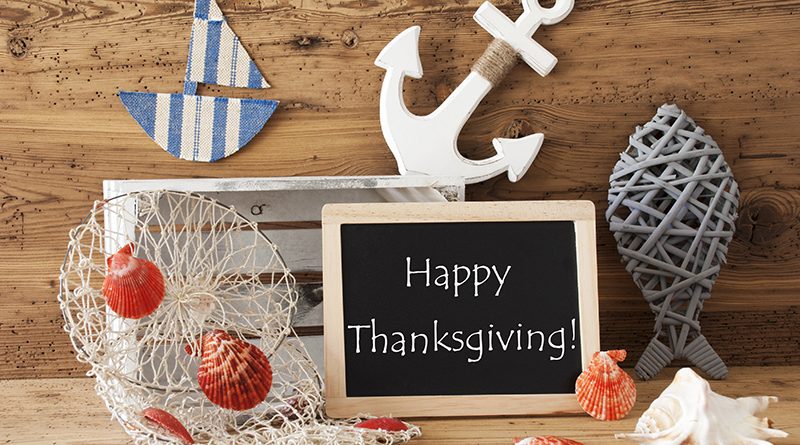 Seafood isn't what comes to mind when you think about a Thanksgiving feast, but it's likely what was on the menu as it was plentiful in New England. Shutterstock image.

For Americans, a Thanksgiving meal includes seasonal plates such as turkey with stuffing, cranberry sauce, mashed potatoes, and pumpkin pie. But what was actually on the menu at the start of the famous banquet? The holiday dates back to November 1621, when the Pilgrims arrived and the Wampanoag Indians gathered at Plymouth for an autumn harvest feast, an event considered America’s “first Thanksgiving.”

According to History.com, culinary historians believe that the first Thanksgiving meal consisted of seafood, specifically mussels, which is not traditionally found on today’s Thanksgiving Day menu. Mussels were abundant in New England and could be easily harvested because they were easy to collect as they clung to rocks along the shoreline. The colonists periodically served mussels with curds, a dairy product similar to cottage cheese. Lobsters, bass, clams, and oysters might also have been on everyone’s plates.

“Colonist Edward Winslow describes the bounty of seafood near Plymouth, ‘Our bay is full of lobsters all the summer and affordeth variety of other fish; in September we can take a hogshead of eels in a night with small labor, and can dig them out of their beds all the winter,’ said an article from History.com. ‘We have mussels… at our doors. Oysters we have none near, but we can have them brought by the Indians when we will.'”

The Spanish introduced potatoes to Europeans around 1570 after encountering them in their native South America. Unfortunately, by the time the Pilgrims boarded the Mayflower, the vegetable had yet to double back to North America. It did not become popular enough with the English to hitch a ride. Therefore, mashed potatoes were likely not on the menu.

However, the wild turkey was plentiful in the region and a common food source for English settlers and Native Americans. But it is just as likely that those who hunted for fowl returned with other known birds that the colonists regularly caught and ate, such as ducks, geese, and swans. Also, instead of bread-based stuffing, herbs, onions, or nuts might have been added to the birds for extra flavor.

Lastly, pumpkin pie was not served. Although the Pilgrims and members of the Wampanoag tribe did eat pumpkins and other squashes, the colony did not have the butter and wheat flour necessary for making pie crust. Not to mention, settlers still needed to create an oven for baking. Some sources say that early English settlers in North America improvised by hollowing out pumpkins, filling them with milk, honey, and spices to make a custard, then roasting the gourds whole over hot ashes.

So, even though we don’t see it today, seafood was likely the main course of the first Thanksgiving feast.