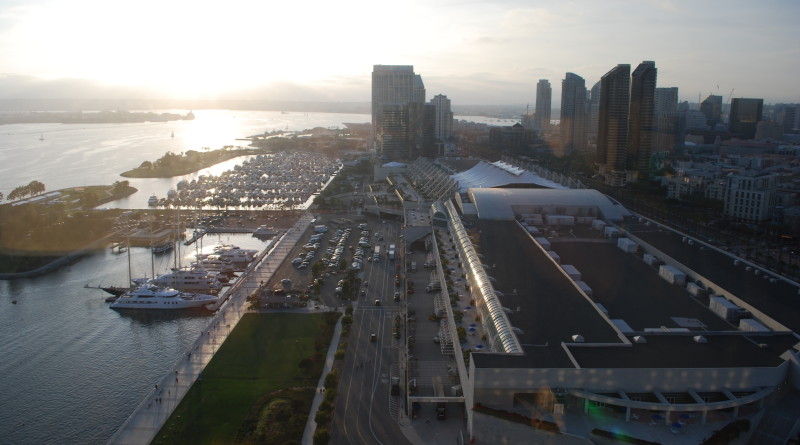 SAN DIEGO — An agreement for environmental consulting services of the planned Fifth Avenue Landing project will be extended another 18 months and have its aggregate total increased by more than $350,000, the Port of San Diego’s Board of Port Commissioners agreed to on Sept. 6.

The contract amendment was approved without discussion as part of the board’s consent calendar.

As part of the preliminary stages of the project the port district entered into an agreement with Fifth Avenue Landing CA LLC and ICF Jones & Stokes for environmental review consulting and complete the Environmental Impact Report (EIR) process. The five-month agreement for $172,508 is set to expire on Nov. 30.

Port commissioners extended the agreement term to April 30, 2018 and increased total aggregate fee amount to $525,168; port funds are not being used to fund this agreement.

“Additional funds and time are needed for the … consultant to complete the Draft EIR and EIR process,” port district staff stated in a report to commissioners.

At least 18 additional months is needed to complete the EIR process, according to port district staff.

“The next steps in the EIR process include completion of the technical studies and preparation of the Draft EIR,” port district staff stated in its report to commissioners.

Preliminary plans call for Fifth Avenue Landing, which is located adjacent to the San Diego Convention Center, to feature a large hotel tower with retail space and public access plazas, a second lower-cost hotel, and more than 50,000 square feet of marina expansion.

The proposed marina expansion would serve small and large vessels and include a new pile-supported dock as well as a breakwater to reduce wave energy.

A bridge connected the hotel’s public access plazas to the San Diego Convention Center could also be built.

Other possible amenities include a new marina office, water ferry service and a 213-space parking structure.

Fifth Avenue Landing is located just south of the Marriott Marquis Marina, Seaport Village, Tuna Market and embarcadero area. A ferry from Coronado Island arrives at the edge of the landing and drops off nearly 300,000 people annually. The 12-slip boutique marina also serves as a place for 100- to 350-foot yachts to dock.