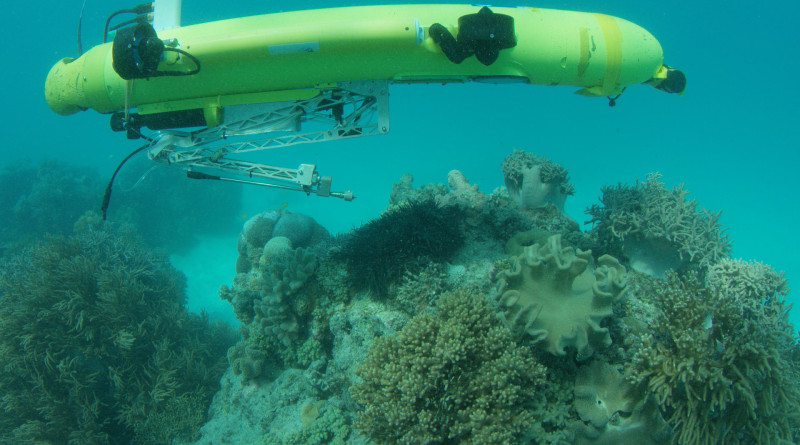 Researchers in Australia have found success with an underwater vehicle called the COTSbot robot. COTSbot robot navigates reefs and administers fatal injections to crown-of-thorns starfish. The robot has been tested on COTS. Forty percent of the Great Barrier Reef’s decline is directly related to COTS. Due to being one of the biggest breeders in the ocean and migrating in record numbers, they consume all they came across and destroy the reefs.

Despite the COTS camouflaging themselves among the reefs they eat, the COTSbot robot has done an amazing job of detecting the pests. Dr. Feras Dayoub, a research with Queensland University of Technology (QUT) stated: “The robot’s detection rate is outstanding, particularly because COTS blend in very well with the hard, corals they feed on, and because the robot must detect them in widely varying lighting conditions and shapes as they hide among the coral. When it comes to accurate detection, the goal is to avoid any false positives – that is, the robot mistaking another creature for a COTS. Our detection is extremely precise – it’s consistently reliable.”

Dr. Matthew Dunbabin, from QUT’s Institute for Future Environments and Science and Engineering Faculty, stated: “It’s always great to see a robot you built let off the leash, so to speak, doing the job it’s intended for. We couldn’t be more ecstatic about how COTSbot has performed. The next generation will be even better and hopefully we can roll it out across the reef relatively quickly.”

Other issues facing coral reefs around the world include not just pest species but also coral bleaching, water quality and pollution. The researchers are already working with the Great Barrier Reef Foundation to transform COTSbot into RangerBot – a multipurpose, multifunction robot for monitoring a wider range of issues. The foundation is competing for a $750,000 Google Impact Challenge prize. Winning this monetary prize will allow them to develop a new platform and make it affordable to people and communities on the front line of coral reef management.

Foundation Managing Director Anna Marsden said, “The RangerBot will be a fantastic tool for those who look after reefs worldwide. We can see this technology having the same impact on reef conservation as the drone has had on land conservation.”