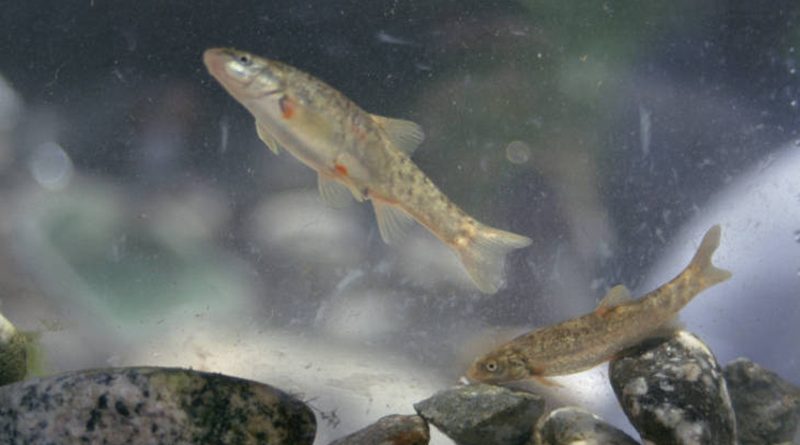 In response to a petition by the Center for Biological Diversity, the U.S. Fish and Wildlife Service announced on June 17 the Santa Ana speckled dace may qualify for protection under the Endangered Species Act.

The review comes in response to a petition filed by the Center for Biological Diversity in May 2020, calling for the species to be added to the List of Endangered and Threatened Wildlife under the Endangered Species Act of 1973. The petition requests USFWS list the Southern California population of the Santa Ana speckled dace either as a taxonomically defined species or as a distinct population segment, as an endangered or threatened species, and designate critical habitat for this species under the Act.

On June 17, the USFWS announced the petition presented substantial scientific or commercial information and they planned to initiate a status review to determine whether the petitioned actions are warranted.

“Endangered Species Act protections would provide a welcome lifeline as Santa Ana speckled dace try to survive climate chaos and other threats,” said Jeff Miller, a senior conservation advocate at the Center, in a press release. “Fire, drought, and reckless water policies have made life really tough for these little fish. We’ve already lost seven of California’s unique freshwater fish species to extinction, and we shouldn’t have to lose any more.”

According to the Center, these daces remain in small, fragmented populations in only about one-fourth of their historical range and are restricted mainly to headwater tributaries within national forests.

The Center said Santa Ana speckled dace have been eliminated from three-quarters of their former stream habitats in Southern California by dams, water diversions, and urbanization, and remaining dace populations are jeopardized by drought, wildfires, flooding, invasive species, and climate change. The Center said they have been eliminated from most of the Los Angeles River basin and most of the Santa Ana River basin.