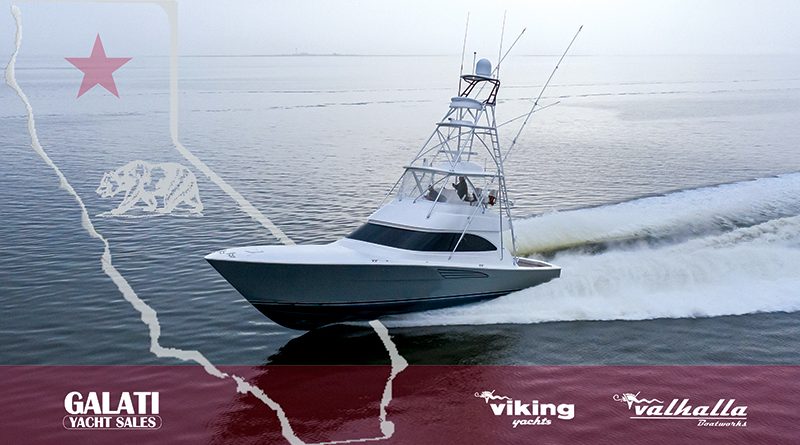 The acquisition of Viking Yachts and Valhalla Brands from Stan Miller will introduce new exposure for Galati Yacht Sales as well as the expansion of resources for Stan Miller Yachts.

“We [Stan Miller] have been a Southern California new boat dealer broker since 1955,” said Brad Buettner, former co-owner of Stan Miller Yachts and current broker specialist for Galati Yacht sales.  “We are one of the longest standing yacht broker dealers in the state of California. We were having a meeting with our various companies and manufacturers… And we decided that now might be the time to have discussions with the Galati family who we have known for thirty years.”

Brad Buettner and his brother John have done business with the Galati family for many years and have become business acquaintances and friends of the family, according to Buettner.

Galati Yachts and Stan Miller operate very similarly with the jobs they carry out of the Gulf Coast and Florida, Costa Rica and Cabo San Lucas. When Stan Miller had their meeting to discuss distribution channels for Viking and Valhalla, they concluded they should utilize the resources of Galati Yacht Sales, hence resulting in them reaching out.

The Viking Yacht Company has dedicated over five decades in business building luxury performance sportfishing and cruising yachts. It was founded by brothers Bob and Bill Healey in 1964 when they bought Peterson-Viking Builders, a small, struggling New Jersey builder of 37-foot, wooden sportfishing boats, Viking Yachts has grown to become a world leader in semi-custom fiberglass yacht production with over 4,000 Vikings delivered.

Since the initiation of Valhalla Boatworks (VBW) in 2019, VBH has established itself as the world leader in semi-custom, high-performance luxury center consoles. Valhalla Boatworks is owned and operated by the Viking Yacht Company and like the Viking fleet, it delivers unmatched performance, engineering, comfort, quality, and fishing capabilities.

“They are the Bentley, Mercedes, and Porsches of the industry,” said Buettner.

The Galati family is familiar with the Southern California market and respects the reputation and dedication that Stan Miller established over the last several decades.

“Together, with the expertise and technology that Galati Yachts brings to the table, we will collectively create value and customer experience that is unparalleled in today’s market,” said Buettner.

“I want to thank John and Brad Buettner, principals of Stan Miller Yachts, for laying the groundwork for the Viking and Valhalla brands in the San Diego, Los Angeles, and Seattle markets,” said Pat Healey, president, and CEO of the Viking Yacht Company in an article with Boating Industry. “We have been proud to partner with them over the past ten years.”

According to Boating Industry, Viking and Galati’s relationship has had a strong rapport for 30 years when GYS began servicing Viking Yachts on Florida’s Gulf Coast. Years after servicing Viking Yachts, GYS became the Viking dealer in the area. Conjointly, there are 100 years of solid and stable dedication and commitment between the two companies to deliver the best on water experience possible.

Both Galati Yacht Sales and Viking Yachts are family-owned and operated; they extend through three generations. Viking’s mantra to build a better boat every day perfectly aligns with Galati’s goal of consistently exceeding their customer expectations.

Both companies are privately owned, allowing for the withholding of the disclosure of the transaction terms.