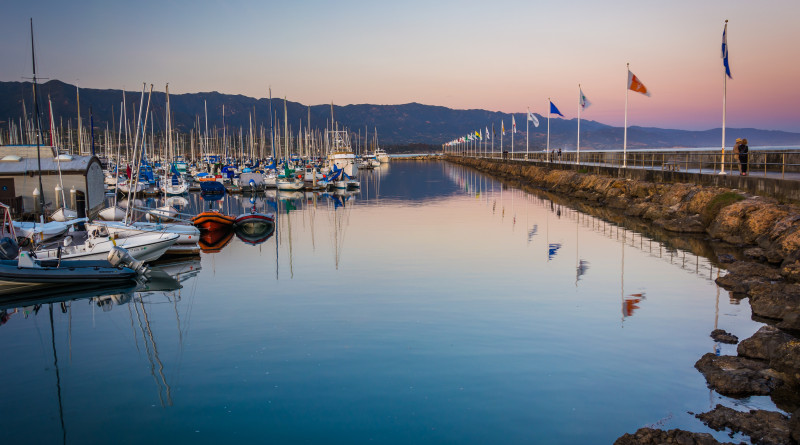 SANTA BARBARA — A grand jury investigation into the operational and tax collection practices at Santa Barbara Harbor found no wrongdoing by city or county officials, a published report revealed.

The Santa Barbara County Grand Jury issued its findings on April 19 as part of an inquiry about how tax revenues are collected. Details of the jury’s finding were outlined in a report titled “City of Santa Barbara Harbor Operations: Are boat owners’ property taxes slipping away?”

“Citizens expressed concern with the fact that the [Waterfront] Department not only collects a slip transfer fee and monthly rent on slips; but property taxes are also collected from boat owners, despite the fact that the slips are city property,” Grand Jury Foreperson Maria Millsaps said in a released statement. “Questions were also raised about harbor policies concerning vessel operability and people living on their vessels. Lastly, a concern was raised about vessel registration numbers (CF numbers).

Grand jurors were asked how the county of Santa Barbara could collect property taxes on slips owned by the city.

“It is general knowledge that state and local governments are exempt from property taxation,” the grand jury report stated. “Why is it, then, that the city can rent out its property (the slip) and require the slip holder to pay property taxes?”
Boaters obtain a private interest in government-owned property whenever the rent a slip, according to the grand jurors.

“The jury learned that when the boat owner rents a slip at the harbor, he or she obtains a private interest in government owned property. Because he or she has the exclusive right to that slip by renting it from the city he or she must pay unsecured property taxes,” the grand jury report stated. “This is in accordance with the regulations of the California State Board of Equalization, which define ‘taxable possessory interests’ to include the right to ‘actual physical occupation’ of publicly-owned property ‘pursuant to rights not granted to the general public … such as … a permit to use a berth at a harbor.”

Grand jurors were also asked to look into whether Santa Barbara Harbor enforces a city code requiring all vessels in and around the boating venue to be operable.

“The harbor enforces operability in several ways,” grand jurors stated. “When the vessel is put into the slip, and when/if it is sold, operability is proved. If a complaint is received from other vessel owners or the public, harbor staff investigates and follows up to prove operability. Staff makes numerous visual observations of vessels daily.”
Current renovations of Marina 1 also proved operability of vessels, according to the grand jury’s report.

“As it is renovated, all vessels are required to relocate to other areas of the harbor, thus proving their operability,” the grand jury found.

Another complaint the grand jury reviewed: whether more people lived aboard their vessels than allowable under city regulations.

The harbor allows up to 113 liveaboard permits, yet only 100 such permits were formally issued, though the information was provided directly by Waterfront Department staff. Grand jurors did not state they investigated this issue further to determine whether any non-permitted liveaboards were in the harbor.

Up to five people could be included on a liveaboard permit, according to the grand jury report. Liveaboard permits are only granted to slip permitees.

“In addition to following up on any complaints staff monitors liveaboards during the thousands of foot patrols they conduct in the harbor throughout the year. In fact, staff informed the jury that they appreciate the liveaboard population because they are ‘the eyes and ears’ of the harbor, and are often the first to observe and report fires and other safety issues,” grand jurors stated in their report.

Every vessel in California must either be registered with the Coast Guard or Department of Motor Vehicles. Sail-powered boats measuring 8 feet or larger must both be registered and have a CF number on the bow of the vessel. (CF numbers for boats function the same as automobile registration for vehicles).

“It is the policy of harbor staff, beginning in January, to go through the entire harbor once a year, and verify that all vessels are registered and are in the correct slip. Violators are given a phone call, a letter, and/or a posting on their vessel,” grand jurors stated. “Tickets are issued if the CF stickers are not current.”

General Observations by the Grand Jury

Beyond the questions asked grand jurors also made a few observations about the harbor’s operating revenue, dredging operations and cruise ship fees.

The department also saves money each year by having the U.S. Army Corps of Engineers fully fund the harbor’s annual dredging projects.

“Twice a year, in the spring and fall, the Federal Channel at the entrance to the harbor must be dredged. Because the harbor is designated as a ‘harbor of safe refuge,’ the Army
Corps of Engineers has performed this work at no cost to the city of Santa Barbara or its
Citizens,” the grand jury found. “The corps has allocated approximately $2,500,000 per year for dredging the Federal Channel, including bathymetric surveys, biological surveys, permitting, and other dredging related activities. Department staff expects that the city would incur these expenses if it had to take over dredging the Federal Channel from the Corps.”

In addition to saving money from not paying for dredging the Waterfront Department experienced an increase in revenue from cruise ship traffic, the grand jury found.
Cruise ships currently pay the department $5 per person, including crew, every time they make port in Santa Barbara.

“Within the last few years, the number of cruise ships approved to dock at Santa Barbara increased from four or five per year to almost 30,” the grand jury report stated. “No cruise ship visits are approved during the busy summer season May to September. Department staff stated that they have not received complaints about the cruise ships.”