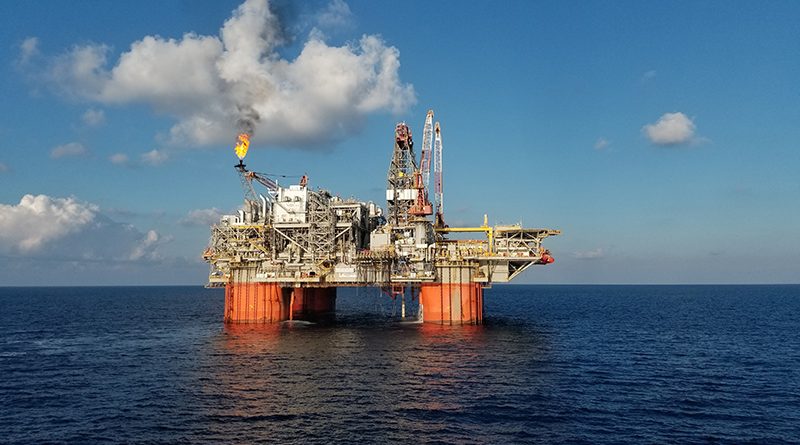 The Gulf of Mexico continues to be the nation's leading offshore source of oil and gas, generating about 97 percent of all U.S. OCS oil and gas production. Since 2017, Gulf of Mexico lease sales have generated more than $1 trillion from offshore leasing. Shutterstock image.

Days after President Biden told world leaders that his administration is committed to slowing climate change with "action, and not words," his Interior Department supervised one of the largest oil and gas lease sales in American history.

GULF OF MEXICO— On Nov. 17, at 9 a.m., the Bureau of Ocean Energy Management (BOEM) publicly announced they received bids for blocks offered in the Gulf of Mexico (GOM), Outer Continental Shelf (OCS), Gas Lease Sale 257, and Gulf of Mexico Lease Sale 257. The bids generated $191,688,984 in high bids for 308 tracts covering 1.7 million acres in federal waters off the Gulf of Mexico. All bids were received by BOEM prior to the sale, on Nov. 16 by 10 a.m.; bids were accepted by mail only.

“Lease Sale 257 was the eighth scheduled Gulf of Mexico Lease Sale in the 2017-2022 National Outer Continental Shelf Oil and Gas Leasing Program,” said John Filostrat of BOEM in a Dec. 2 email. “The sale was consistent with a U.S. District Court’s preliminary injunction, while the government appeals the decision. BOEM has 90 days to accept or reject bids.  Part of that determinization includes a two-phase post-sale bid evaluation process to determine whether a bid has met the fair market value requirement. Under its bid adequacy procedures, BOEM reviews all high bids received and evaluates all blocks using either tract-specific bidding factors or detailed tract-specific analytical factors to ensure that fair market value is received for each OCS lease issued. This bid adequacy process relies on both evidence of market competition and in-house estimates of tract value. If fair market value is determined to have not been received the bid is rejected.”

Thirty-three companies participated in the lease sale, submitting $198,511,834 total in bids. Leases resulting from this sale include stipulations to protect biologically sensitive resources, mitigate potential adverse effects on protected species, and avoid potential conflicts associated with oil and gas development in the region.

Lease Sale 257 was livestreamed from New Orleans on Nov. 17 and was the eighth offshore sale under the 2017-2022 OCS Oil and Gas Leasing Program. Lease Sale 257 offered nearly 15,148 unleased blocks located from three to 231 miles offshore in the Gulf’s Western, Central and Eastern Planning Areas in water depths ranging from nine to more than 11,115 feet (three to 3,400 meters). Blocks that are adjacent to or beyond the U.S. Exclusive Economic Zone in the area known as the northern portion of the Eastern Gap. Whole blocks and partial blocks within the boundaries of the Flower Garden Banks National Marine Sanctuary as of the July 2008 Memorandum on Withdrawal of Certain Areas of U.S. OCS from Leasing Disposition.

The following areas were excluded from the lease sale:

– Blocks subject to the congressional moratorium established by the Gulf of Mexico Security Act of 2006 (GOMESA);

– Blocks that are adjacent to or beyond the U.S. Exclusive Economic Zone in the area known as the northern portion of the Eastern Gap;

– Whole blocks and partial blocks within the boundaries of the Flower Garden Banks National Marine Sanctuary.

GOMESA provides significant revenue sharing in the Gulf of Mexico. Currently, the Act:

The Biden-Harris administration is continuing its extensive review of its offshore and onshore oil and gas leasing programs and initiating reforms. Moving forward, BOEM will use updated greenhouse gas emission models to take substitution impacts and foreign oil consumption into account. This will result in the most robust projections ever of the climate impacts of offshore lease sales and analyze the social cost of carbon to better understand the actual effects of fossil fuel leasing decisions.

Lease Sale 257 was the eighth offshore sale held under the 2017-2022 National OCS Oil and Gas Leasing Program. All terms and conditions for Gulf of Mexico Region-wide Sale 257 are detailed in the Final Notice of Sale information package, available on the BOEM website or you can contact John Filostrat at (504) 284-8605.