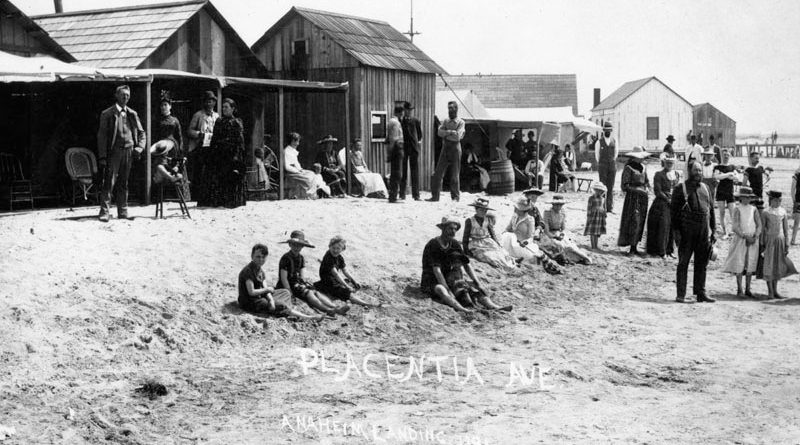 SEAL BEACH⸺ Anaheim Landing in Seal Beach was established in 1857 by the Anaheim Landing Company as a port for the Santa Ana Valley. A port and a warehouse were built on the bay where Anaheim Creek connects to the Pacific Ocean. Although the entrance conditions caused several disasters, the port continued to conduct coastal trade for 15 years. The port rivaled San Pedro for a few years until the arrival of the railroad in 1875. The area became a popular destination for summer getaways, and in 1915, the area, which is now modern Seal Beach, became the town Bay City. During World War II, the US Navy took on the area as an ammunition state and submarine net depot, which is still there today as the Naval Weapons Station Seal Beach. “Anaheim Bay and Anaheim Landing a beach colony which boomed three decades ago and began a firmer wave of popularity in the last five years will be the site of a $20,000,000 naval ordnance depot,” said a Jan. 13, 1944, article from the San Pedro News Pilot. “Bridges will be ripped down, 200 homes will be razed, the channel will be dredged to a 15-foot depth, and the federal government will acquire 3500 acres of land by negotiation and condemnation.” Anaheim Landing became a California Historic Landmark in 1935.