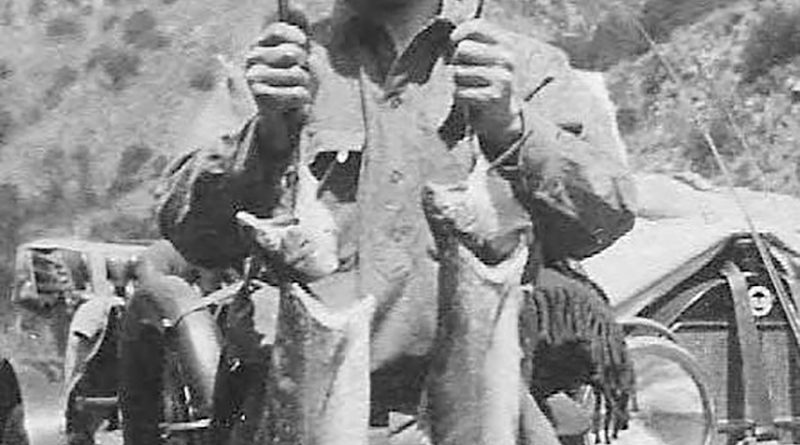 A fisherman holding up his catch, a southern steelhead trout, in 1911. In a bit of historical fiction, let’s say the fisherman drove through the hills of Los Angeles before coming upon Sespe Creek in Ventura County.

The creek is nestled into the hills with shrubs and the bright sun beating down on the water and warming up the rocks surrounding it.

The fisherman unpacks his poles and a packed lunch and eats next to the creek while he casts his line and chats with his friend. Within a couple of hours, he has pulled up two trout, which he plans to take home and grill up for dinner.

According to Trout Unlimited, where the southern steelhead trout used to be abundant in the early 1900’s, only an estimated 500 adult southern steelhead returned to the coastal streams between Mexico and Point Conception in current times.

The trout was listed as an endangered species on Aug. 18, 1997, and NOAA Fisheries has delineated eight recovery areas for ESA-listed salmon and steelhead populations on the West Coast. The southern steelhead trout’s area is the South-Central/Southern California Coast Domain, which extends from the Pajaro River to the Tijuana River at the U.S.-Mexican border.

There was a recovery plan for the fish adopted in 2012 set on protecting the population and possibly restoring the sportfishing population in Southern California.