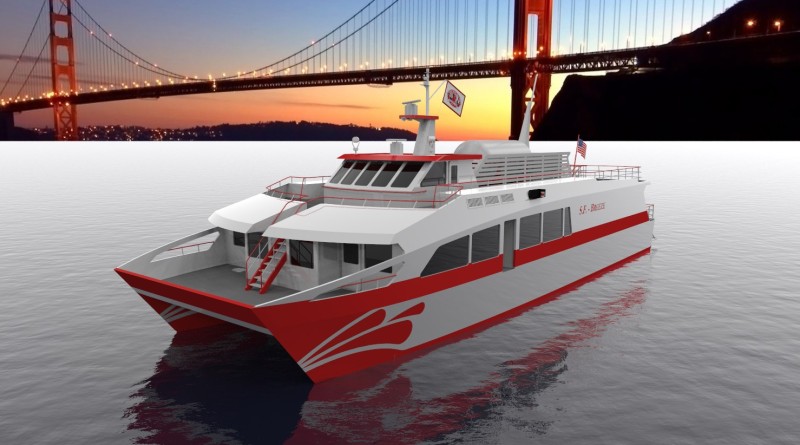 Along with cars and planes, hydrogen power has the potential to make boat travel cleaner and quieter than possible with internal combustion power. The team at Sandia National Laboratories believes San Francisco could be the perfect place to set hydrogen boat travel afloat, arguing a fuel cell commuter ferry would be feasible running in the Bay Area.

The study was based on the same requirements placed on diesel-powered San Francisco Bay ferries. The hydrogen-powered ferry would be expected to carry 150 passengers on four round trips of 50 miles every day and need to maintain a speed of 35 knots for 65 percent of its time on the move. Refueling would need to happen in the middle of the day, between the morning and evening peak-hour rushes.

To meet the speed requirement, the team designing the catamaran gave it a longer than average hull and stored the hydrogen in a fully enclosed section of the main deck to make sure it remains properly separated from passengers at all times.

In addition to the boat performing as well as a diesel ferry, the research team says using hydrogen power delivers a smoother, quieter ride and reduces the risk of messy diesel spills on the water.

The downside is cost. According to the researchers, a hydrogen ferry is likely to be around three times as expensive to buy as a conventional diesel boat, and running costs are expected to be significantly higher than they are for diesels as well.