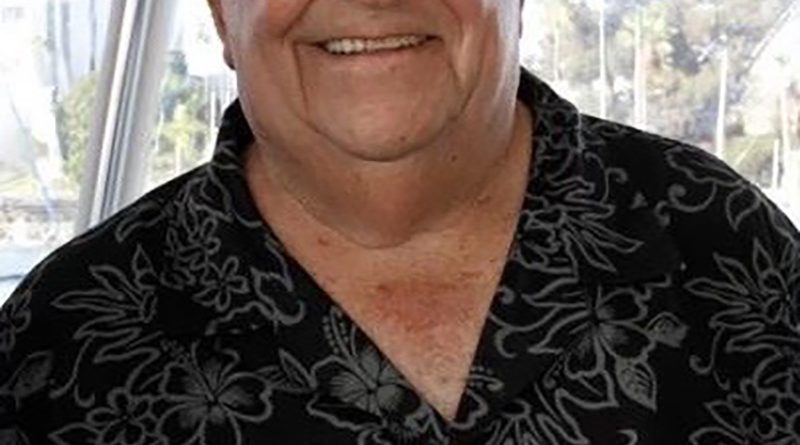 As the founder of Dana Wharf Sportfishing & Whale Watching, Don was the captain of many ships, the most important of which is his family. He is survived by his children: sons David Hansen (Kelly), Michael Hansen (Deanna), Jeff Jonas (Elizabeth); daughters: Jenifer Gressett (David), Jane Graff, Donna Kalez (Mark); and grandchildren: Zac Hansen (Talia), Sean Hansen, Jake Graff, Jason Graff, Alexis Persons (Blake), John Gressett, Erik Gressett, Shannon Herrera (Christian), Shane Hansen, Christine Jonas, Bennett Jonas, Cameron Jonas, Tess Jonas, Julia Kalez and Emily Kalez. Don loved his family intensely and was proud of them all. His 15 beloved grandchildren were the lights of his life. Family and friends take comfort in knowing he has gone to Heaven to be with his precious Ann and all his dear friends who preceded him in death.

Born April 10, 1934, in Iowa City, Iowa, Don came to San Clemente in 1938 to visit his Aunt Agnes. Soon after, his family decided to move to San Clemente. He loved it, made it his home, and spent the rest of his life there. As a young child, his first job was hauling fish off the San Clemente Pier in his little red wagon for tourists. It was there, watching the fishermen come and go, where his love for the ocean began. Spending summers in high school as a deckhand for the San Clemente fleet prepared him for the captain he would become.

A Korean War veteran, he joined the U.S. Coast Guard at the age of 18, just before the start of the war. Don earned his U.S. Coast Guard license in 1953 when he was just 19. Of his four years in service, two were spent stationed in Guam. Don cherished his time in the Coast Guard and loved to attend Memorial Day Services every year in both San Clemente and Dana Point.

Upon his return from service, Don worked for San Clemente Sportfishing, eventually buying the business. Realizing an opportunity to use his fleet to also share the beauty of whales and dolphins, Don along with his friend Phillip Grignon (a San Clemente High School teacher) began using the boats to take local students to witness the majesty of whales at sea. Thus, whale watching in Orange County was born. In 1971 when the Dana Point Harbor first opened, Don, renamed his business and moved it to the harbor. Dana Wharf Sportfishing & Whale Watching soon earned its reputation as an international magnet for marine recreation, celebrating its 50th anniversary in 2021.

Don was so proud to work with his daughter Donna and son Mike in the family business and cherished what they and their employees (some of whom have been with Dana Wharf for more than 30 years) built together. The company has grown to include sportfishing and whale watching in both Dana Point and Oceanside Harbor. Under Don’s leadership, the Hansen team has continually been active throughout the community. Charitable works, volunteerism, and helping the community were all pillars of his identity. His ethics and integrity afforded him a seat at the tables of many community and governmental organizations including the National Oceanic and Atmospheric  Administration (NOAA), as well as state, county, and city arenas. His voice conveyed sincerity and resolve to do what was right and reasonable.

Don served as Vice President of the Sportfishing Association of California (SAC), Chairman of the Pacific Fisheries Management Council, Chairman of the Marine Fisheries Advisory Committee, and on the boards of many other organizations including his local hospital. The word “served” doesn’t do justice to the decades he spent in each position and the effort he put forth toward the betterment of family, fleet, and community.

Don received many awards and words of recognition for his work over the years–too many to list–but a few recent highlights include receiving the Coastal Conservation Association of California’s (CCA CAL) highest honor, the 2021 Anthony Hsieh Conservation Award in recognition of decades of tireless work and dedication to improving California sportfishing and making angling accessible to everyone.

The originator of whale watching in Orange County and a founder of the Dana Point Festival of Whales, Don was delighted to have celebrated the Festival’s 50th anniversary in 2021. This year’s 51st annual event will be dedicated to his honor.

Don loved his fleet and spent his life defending and promoting public access to sportfishing and championing the awareness of the awe-inspiring whales and dolphin his fleet and passengers witnessed daily off the coast of Dana Point. His leadership never slowed, his humor never dulled, and his caring never stopped.

Don’s family, and friends too numerous to list, are deeply saddened by his loss but take comfort in knowing he is no longer suffering or in pain. They were blessed to have spent a wonderful Thanksgiving and Christmas with Don who was very happy and at peace. Heaven has another angel.

The family asks that in lieu of flowers, please make donations to one of Don’s favorite charities:

A celebration of Don’s life will be held at 11 a.m. on January 29 at the Ocean Institute in Dana Point, California. ( Burial at Sea will follow at approximately 2 p.m. at the Dana Wharf docks )

One thought on “In Memoriam: Donald Keith Hansen”