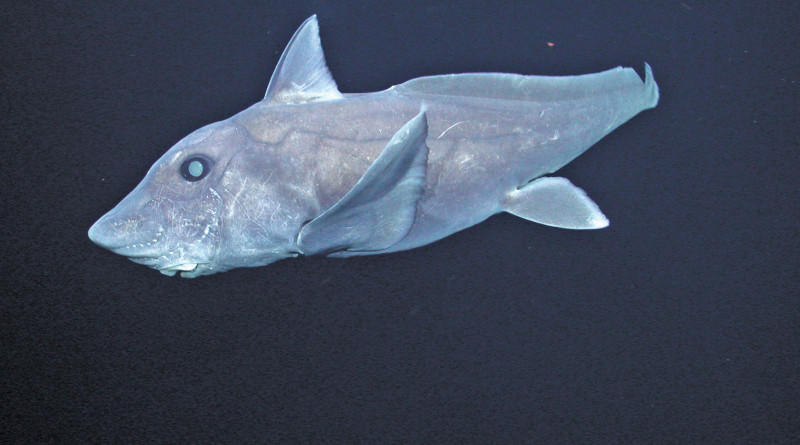 MONTEREY ― A recently published report identified a very unusual deepwater fish, with the scientific name being Hydrolagus trolli, off the central coast of California. This pointy-nosed blue chimaera, also referred to as a ghost shark, has previously been found in areas around New Zealand and Australia.

Geologists from Monterey Bay Aquarium Research Institute (MBARI) maneuvered a remotely operated vehicle (ROV) to the depths of the Pacific Ocean and captured a ghost shark swimming on video. The ghost shark was seen bumping into the camera.

A rather bizarre feature to these male sharks is the “retractable sex organ on the forehead,” as stated by National Geographic. These ghost sharks also do not have sharp teeth like other sharks. Instead, they grind the bottom-dwellers they consume with their tooth plates. Like other sharks, the skeleton of these sharks are composed entirely of cartilage.

According to National Geographic, it is believed these “ghost sharks have been gliding through the depths since long before the dinosaurs.”

Information from National Geographic and MBARI were used in this story.