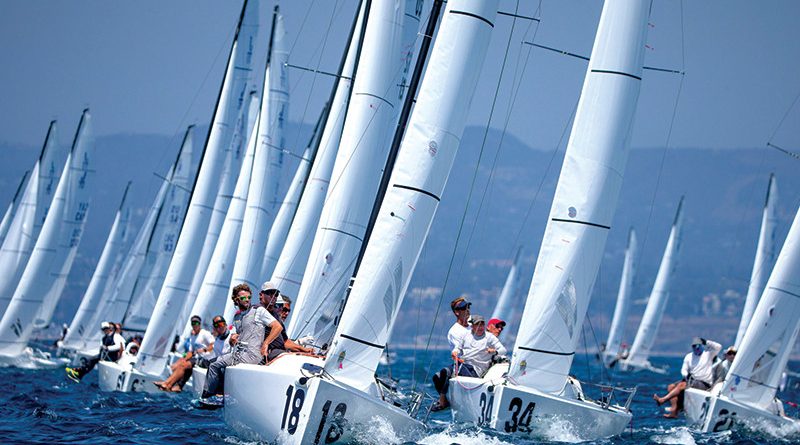 MARINA DEL REY一 Peter Duncan and his team on Relative Obscurity came out on top of the five-day series for the 2021 J/70 World Championship.

Duncan, a past world champion, along with his team Willem van Waay, Morgan Trubovich, and Victor Diaz de Leon secured a top-five spot early on in the competition and just never let it go, according to a California Yacht Club press release.

The regatta started on Aug. 11 with six to eight-knot winds which disappeared by the next day Aug. 12 and the racing committee suspended that day’s races.

They picked back up again on Friday, Aug. 13 for one race, and Saturday, Aug. 14 the winds came in strong starting at six knots and hitting 14 knots by the end of the day.

“The one thing you can say about Marina del Rey is you just never know what you’re going to get and you have to keep on your toes to respond to whatever conditions you are going to get,” said Event Chair Marylyn Hoenemeyer in an interview on Aug. 10. “It could be light winds it could be a light breeze it could be a big chop it could be no chop and the person who will win this championship is the person who can figure out how to sail best in all the different conditions that we will experience this week.”

The last day of racing on Aug. 15 saw shifting winds averaging between 7 and 10 knots that kept racers on their toes throughout the end of the race day.

Even with the missed races, the organizers determined that the requisite number of races were there to constitute a World Championship and allowed for the throwaways.

By the end of the regatta, the top boats were only separated by eight points with Bruce Golison on Midlife Crisis in second place, Golison recently came off of a solid win in the Pre-Worlds just last month.

Laura Grondin and her team on Dark Energy were just one point astern for third place, Grondin is a new competitor in the J/70.

“In order to compete in a world championship, you have to be among the top boats within your fleets and your respective countries and for this regatta,” said Hoenemeyer. “We have competitors from ten countries plus the United States, and it’s a very experienced and diversified field of boaters.”

The regatta has been on the books since 2018 and was originally slated for August 2020 but with COVID-19 plans were put on hold and pushed a year.