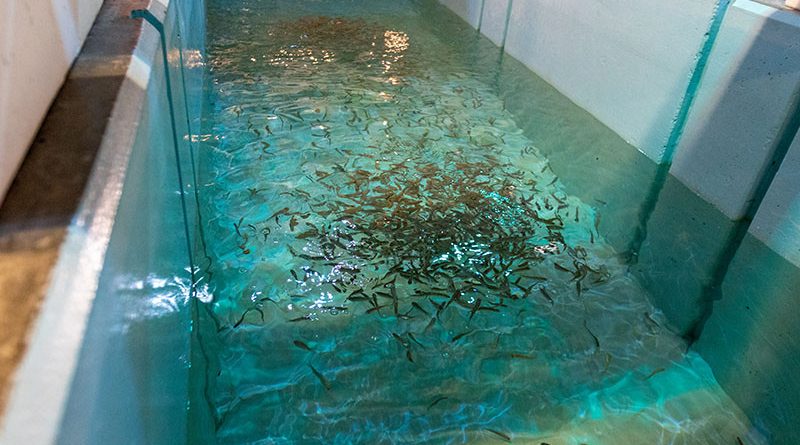 SONOMA— Throughout the month of July and August roughly 4,000 juvenile coho salmon were relocated from Warm Springs Hatchery to a conservation facility at Casa Grande High School in Petaluma.

The salmon were relocated from Lake Sonoma due to drought and poor water conditions that increased the risk of heat stress and disease among the fish.

In a press release from the California Department of Fish and Wildlife, it was noted that the scientists developed the re-
location plan as a precautionary measure to keep the hatchery coho safe.

The coho are kept as hatchery broodstock and are integral to ensuring the genetic diversity of coho salmon in the wild.

The genetic diversity in the hatchery salmon is comparable to that of the wild salmon found in Central California.

Wild salmon are facing severe drought conditions and the captive fish are insurance against the loss of genetic diversity in the population.

“Relocating a portion of the juvenile coho provides additional protection for the maintenance of genetic diversity, which is important for resilience of the species as a whole,” said Stacy Sherman, CDFW acting regional manager in an Aug. 20 press release.

The relocation is a temporary effort to limit the effects of drought conditions on the coho salmon population.