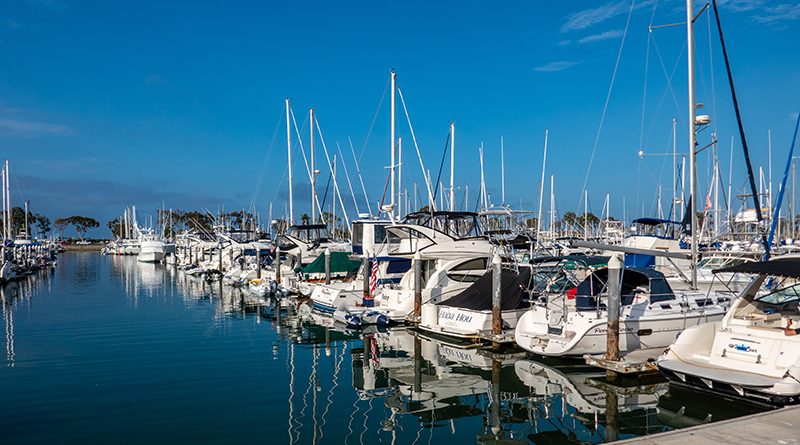 CARB has heard the pleas of the boating and fishing industry and some board members agreed with the expressed concerns. Next up, CARB will consider all the public comments and hearing testimony and could potentially amend the draft regulations based on the direction of the board, come 2022.

CALIFORNIA— On Nov. 19, the California Air Resources Board (CARB) listened to public testimonies from boat owners, anglers, marine-life enthusiasts, non-profit organizations, marine operators, and small business owners about the proposed engine emission regulations that are to be implemented in 2023, and decided to revisit the regulations in 2022. No action was settled upon and will be reevaluated and addressed in 2022 as well.

CARB’s engine regulations invited bipartisan opposition from State Legislatures and a coalition of over 60 local, state, and national organizations representing small business, tourism, marinas/harbors, local agencies, retail, non-profits, boating, and sportfishing. In addition, over 20,000 anglers signed a petition pleading with Governor Gavin Newsom to “Save Our Boats,” which began circulating on Sept. 28.

“The CARB board heard from boat owners that the proposed regulations are economically and structurally infeasible for their family operations,” said Ken Franke, president of the Sportfishing Association of California, in a press release from Nov. 22. “They also heard from Californians concerned that as boat owners go out of business, they will be denied access to offshore fishing and marine life and with this comes economic consequences for their coastal economies.”

Several board members acknowledged their mutual concerns with the testimonies, recognizing that boat owners are family-run businesses and that the feasibility, time allotted, and accessibility are all changes and regulations that need to be addressed in a matter that allows these concerned people to succeed.

“We are encouraged that some members of the board recognize that passenger boats are family-operated businesses, providing a valuable service to their community and that they are worth protecting,” said Franke in the press release. “Boat owners have been repowering to lower emission engines for years, and we remain committed to the environment. We just need to find a reasonable solution that does not require boats to be removed from the waters.”

The CARB board is expected to revisit the proposed regulations in early 2022; however, the extent of the revisions to the draft regulations has not yet been addressed.

“We just don’t know to what extent the current draft will be amended, if at all,” according to an anonymous source.  “If the current draft is amended the new draft is likely to go out for public comment once again before returning to the board for a vote.  It is our understanding that if the changes are modest, the public comment period could be short and if substantial, the changes would circulate publicly for a 45-day period (like last time). We believe the next hearing will be 1Q next year, but this is mere speculation at this time. CARB’s website has no updates.”

A significant factor that weighs against CARB’s proposed regulations is that these proposed emission regulations have never been tested anywhere else in the country. CARB is aware the engines are infeasible, as they would require commercial passenger sportfishing and whale watching boats to be removed from service.

In the press release sent out by the Sportfishing Association of California (SAC), David Quiros, the manager of the freight technology section at the Air Resources Board, told the Los Angeles Times he believes that the majority, if not all, of the sport-fishing vessels, will need to be replaced to comply with the proposed regulations.

The board, charged with protecting public health by cleaning up the air in California, first adopted regulations for commercial harbor crafts in 2007, amended them again in 2010, and is doing it again now. CARB drafted proposed regulation amendments in Dec. 2018, when they hosted a workshop that addressed the beginning of a feasibility study with Cal Maritime Academy and distributed surveys to owner-operators. The draft plan sparked concerns throughout several divisions of the fishing and boating industry, but CARB continues to review the plans as they move towards its future solidification.

The United States Coast Guard is responsible for regulating passenger vessels and has yet to approve the installation of the new engines. The proposed technology would upgrade boat engines to a Tier 4 engine, a model that has only been used on tractor-trailers and farm equipment. However, the tier 4 engines have been known to overheat, stall, and catch fire, an unfortunate situation that is easier to handle on land than in water.

As a maneuver against CARB in their long-standing battle, SAC released an economic analysis that undermines CARB’s contention that it is economically feasible for boat owners to replace their vessels entirely. Many of the boats are constructed from fiberglass or wood, and because the Tier 4 engines run hotter, the vessels would need to be made of steel, resulting in the necessary need to buy new vessels. As a result, the regulations stand to remove 174 sportfishing and whale watching boats from the sea.

The analysis revealed the unintended consequences for the state’s economy, fishery, and conservation programs and the significant decline in fishing participation rates. The hardest-hit communities are expected to be the low-income ones.

One thought on “Keep Up With CARB: Where CARB is at With Proposed Engine Regulations.”