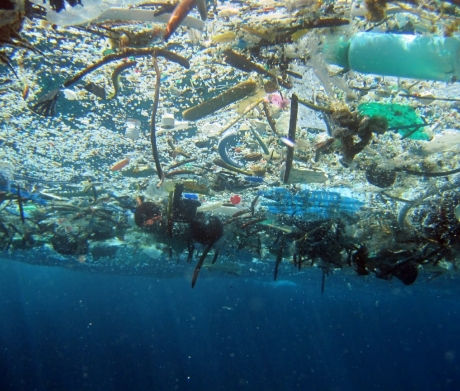 One-year, $500,000 agreement will keep marinas and beaches free of trash.

LONG BEACH — A vast majority of the 4,500 tons of marine debris removed from Long Beach’s marinas and beaches is sourced from what qualifies as a river in this part of the world. City and county officials have been working together to make sure the foreign and local debris flowing into Long Beach’s waters from the Los Angeles River does not establish a permanent residence alongside or beneath the many recreational boats docked at Alamitos Bay, Rainbow or Shoreline marinas.

The Long Beach City Council unanimously adopted on April 19 the execution of a one-year contract for $500,000 with Los Angeles County to help fund the removal of debris and trash flowing from the L.A. River and into local marinas. Both Long Beach and Los Angeles County have been working cooperatively on marine debris cleanup since 1984.

The latest iteration of the joint agreement between Long Beach and Los Angeles County will begin July 1 and continue through June 30, 2016. The current agreement between city and county ends in less than eight weeks. Long Beach city staff stated the $500,000 payment would not cover all of the city’s costs in debris removal but is still a welcome infusion of capital.

City staff stated about 85 percent of the 4,500 tons of debris collected from Long Beach’s marinas and beaches hail from the Los Angeles River, which serves as much of the city’s western border and reaches is terminus near Rainbow Harbor.

“The county has been aggressively implementing new policies and processes to reduce the amount of trash that enters drainage systems and is subsequently deposited on the beaches and in the marinas,” city staff stated in a report to council members.
A National Oceanic and Atmospheric Administration (NOAA) blog dedicated to marine debris stated California’s mix of large metropolises and long stretches of sparsely populated coastlines has a direct effect on how trash navigates local and regional waterways.

“Our mix of major metropolitan areas and vast stretches of remote shoreline also leads to a lot of variability in debris types and abundances,” Sherry Lippiatt wrote in a NOAA Marine Debris Program blog post in 2013. “At one extreme the infamous Los Angeles River trash boom can capture an astounding amount of consumer debris after a storm. On the other hand an uninhabited beach on Pt. Reyes National Seashore sees a much lower abundance of debris over a large stretch of shoreline.

“This dichotomy speaks to the fact that we’re going to need to use a variety of tactics to address the issue – but first and foremost is preventing debris at the source,” she continued.

City staff stated Long Beach Transit would be allowed to use the docks free of charge for waterbus services.

“Despite [Long Beach Transit’s] use of Berth 3 at no charge the city will benefit from the waterbus service of transporting residents and visitors along the waterfront,” city staff stated in a report to council members. “Passengers will patronize the area’s businesses and restaurants, which will help stimulate the local economy.”
AquaLink began offering its waterbus service in 1999, connecting users to the Maya Hotel, Queen Mary and Rainbow Harbor. The service was extended to Alamitos Bay Marina in 2001.

One thought on “L.A. County to reimburse Long Beach for marine debris removal”