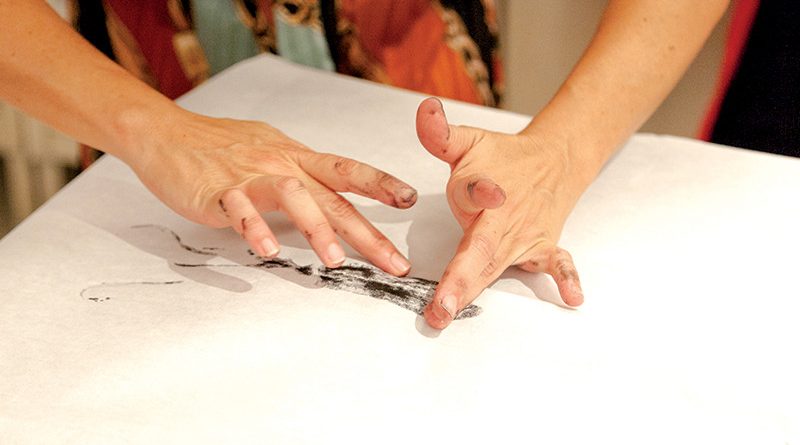 “As one of the few artists practicing the traditional Japanese methods involving Sumi and washi (ink and paper), Dwight Hwang’s remarkable works reveal a tenderness and reverence for both the fish he is immortalizing and the legacy of the gyotaku craft,” said the Catalina Island Museum website.

The art form was created by fishermen in 19th century Japan who found that if they rubbed a catch with ink and imprinted it on paper, they could effectively record their catches.

The art became known as gyotaku or fish rubbing, the fishermen would take a catch and rub it with sumi ink before sticking the catch onto a piece of paper creating a rudimentary depiction of the fish allowing the fishermen to keep a record of their size, according to an Aug. 30, 2015, article from NPR.

After time fishermen became more creative and began to add details and color to their prints, the traditional method did not record minor details like eyes.

Methods for the art form also changed when artists began to use indirect printing, where the paper is glued to the fish and ink is tamped gently onto the page, like gravestone rubbing, according to the NPR article.

Hwang’s impressions of Catalina include striped marlin, the California state fish the garibaldi, and more.

The exhibit came to the museum in June 2020 and is scheduled to leave in September of this year, according to the museum website.