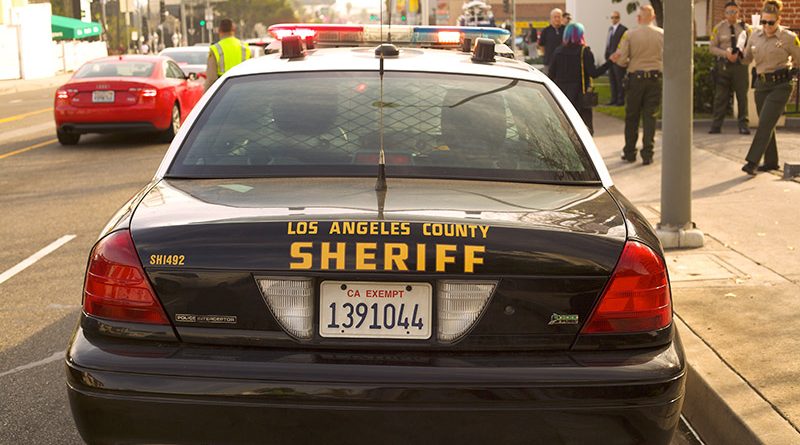 The proposed cut will happen at the end of the 2022 fiscal year, and the deputies will be placed back into the normal patrol rotation. Shutterstock image.

Two deputies were placed in the harbor using discretionary funds from previous supervisors. The deputies focus on quality-of-life issues in the marina.

MARINA DEL REY⸺ On April 22, marina lessees in Marina del Rey were informed by Captain Chris Johnson from the Marina del Rey Sheriff’s Station that Supervisor Holly Mitchell would be cutting discretionary funding for two patrol officers in the area.

The two extra patrol officers have been funded through discretionary funding from previous supervisors, including Supervisor Janice Hahn who added an extra deputy to the position in 2019 after prompting from business leaders who wanted an extra presence in the marina.

After the redistricting in 2021, Mitchell, supervisor for District 2, took over for Hahn in Marina del Rey.

“I am fully committed to the public safety of residents in Marina del Rey and throughout the Second District,” said Mitchell in a May 16 email. “This requires long-term investments and a willingness to work side-by-side with LASD and our community partners on creative approaches with my office. My expectation is that the Sheriff address budgetary staffing needs, including those of the Marina del Rey station, through the County’s budget process instead of relying on discretionary funds of the Board office for normal department activities.”

In April, Johnson received information from the Los Angeles Sheriff’s Department that Mitchell planned not to renew the two contracts for the additional patrol units in the area for the fiscal year 2023.

“They [the Sheriff’s Department] were getting ready to redo the contracts here, and they reached out to supervisor Mitchell’s office and asked them if they were going to continue to fund these two positions, and I guess the answer was no,” said Johnson.

The two deputies are a patrol unit who do not take calls but focus on quality-of-life issues and preventative measures in the marina.

“Often times, the patrol guys are busy on other calls,” said Johnson. “These guys don’t get calls; they just kind of roam the marina looking for issues or people who might need help. They also address issues for people suffering from mental illness.”

The deputies often work with the homeless population in Marina del Rey. The deputies are tasked with reaching out to mental health services, crisis prevention, and addressing homeless encampments.

“…It’s worth noting that the funding that was provided previously covered overtime only and even though that funding is expected to expire on June 30, it will not cause a loss in deputy positions because both deputies are already covered in the Sheriff’s $3.9 billion dollar budget and will continue to serve the Marina if the Sheriff chooses to re-assign them to that area,” said Mitchell. “It is also important to note that the discretionary funds spent on overtime didn’t cause a reduction in crime, per the Sheriff’s own data. This doesn’t stop the Sheriff from budgeting for overtime, however, it does signal to me that the discretionary funds from my office can be put to better use on preventative care first approaches that do.”

Johnson is set to meet with Mitchell on May 20 to discuss the proposed funding cut and hopes to bring Mitchell around to the idea of extra patrol officers in Marina del Rey.

Article was updated on May 16 to include a statement from Supervisor Holly Mitchell.