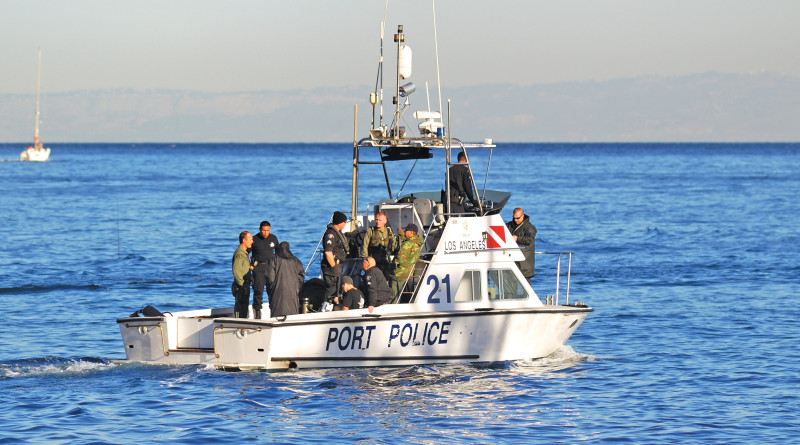 Marina del Rey developing plan to do away with illegal charters

Department of Beaches and Harbors is increasing its efforts to deal with unlawful passenger-for-hire vessels.

MARINA DEL REY ― Illegal charters continue to be a hot topic in Marina del Rey with members of the Small Craft Harbor Commission discussing the controversial boating activity at its Dec. 14 meeting. Staff from Los Angeles County’s Department of Beaches and Harbors (DBH) updated commissioners of increased efforts in addressing the issue.

DBH staff and the harbormaster have contemplated performing a sweep or sting operation in hopes of weeding out illegal charter operation. 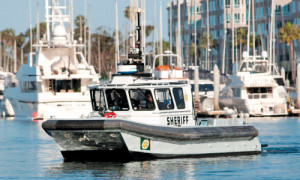 A number of charter operations have contacted CVB for advertising opportunities, according to Rodriguez. CVB provided the names of charters to Rodriguez, so he could check to make sure they have the appropriate leases and licenses.

“Majority of them had both,” Rodriguez reported. “We did have one that had a valid business license but was operating out of a residential area.”

An amicable resolution was reached with the one charter in question, but Rodriguez said people are starting to get the message.

“Word has gotten out that [DBH] is starting to look into the issue [of illegal charters],” Rodriguez reported.

Those running an illegal passenger-for-hire vessel are trying to find a new place to operate, so they are coming to Burton W. Chace Park, according to Rodriguez.

Illegal charters are an ongoing issue not only in Marina del Rey but also in all harbors. The problem persists when some of these illegal charters move from marina to marina.

For example illegal charters were on the rise in San Diego, according to an Aug. 26 report in The Log. A few weeks earlier, The Log outlined the requirements a boater must follow to become a legal charter.

The immediate plan for Marina del Rey is to keep boaters informed with better signage.

The treasurer tax collector also plans to update its codes to factor in illegal charter activity.

“There is a possibility we can get more types of businesses licensed,” Rodriguez said. “[The treasure tax collector] license charter operations, but boat rentals don’t need a business license at this time. There is a lot of boat rental going on that could be problematic.”

Elliot Zimmerman, general manager of Bluewater Sailing, told commissioners his licensed sailing school should be able to use any and all of the docks in Marina del Rey.

“We have been in business since 1978. We have a good relationship with the dock masters and never had problems using recreational areas,” Zimmerman stated. “We should be able to use any of the facilities. We are licensed at Parcel 41 but that does not necessarily extend down to the docks.”

Zimmerman emphasized how his sailing school must be able to operate from the recreational areas in the marina.

Capt. Alex G. Balian, owner and operator of Paradise Bound Yacht Charters, said the county must be careful in who it allows to operate a legal charter.

“When a sailing school stands here saying that they want to use recreation docks, you have to know that they are also chartering,” Balian said. “When you charter on the side, you [not only need to have] insurance, but you must have licenses. You must have the water taxi vessel permit for each boat. You [also] need a commercial area to operate.

“If sailing schools are going to charter and be in competition, then they have to follow the same rules, get taxed and get audited. They are charting from docks that are not commercial docks,” he continued. “Once you allow these schools to charter out of recreation docks, then you now allow everybody else to illegally charter at their locations.”

Zimmerman challenged Balian’s take in a recent conversation with The Log.

“We are a commercial operation legally using the recreational facilities since 1978 without any problems. The recreational use issue versus the commercial use issue comes down to our agreement with the individual lease holders. We have permission,” Zimmerman countered. “I don’t think it’s a licensing issue or taxation issue. We are paying our taxes; we are paying our rent; we all have Coast Guard licenses; and we have permission to operate our business.”

He added DBH and local businesses should not be worried about his sailing school but instead those who actively try to skirt the law.

“There are people who are not approved by the Coast Guard or approved by the county and they are using their boats in a variety of illegal ways, such as offering captain services without a captain license,” Zimmerman said.

One business not following the rules, Balian and Zimmerman allege, is Airbnb. Both claim the company operates a charter service in Marina del Rey without paying fees. There are “60 boats and 22 pickup sites,” Balian said.

The commission asked for a written report and recommendations rather than just a verbal report at future meetings. Commissioners also suggested a task force be put in place at the start of 2017 to begin planning the sting operations.