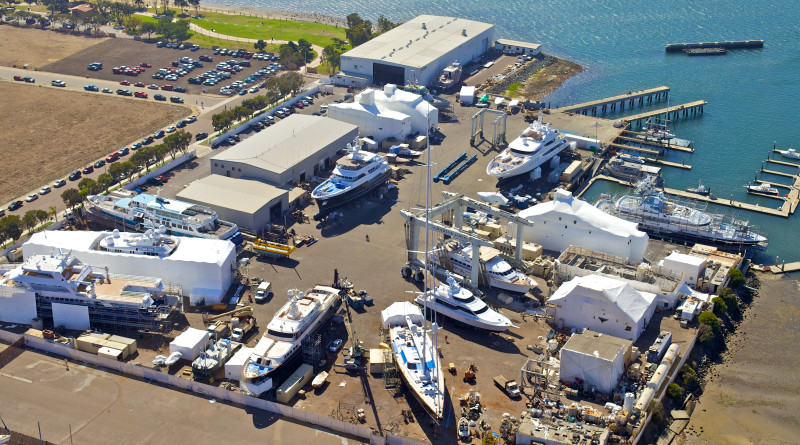 CHULA VISTA — A family-owned shipyard says it is playing with the big boys now as Marine Group Boat Works was awarded a Master Ship Repair Agreement, or MSRA, by the U.S. Navy on April 1. Exact terms of the deal were not immediately disclosed.

Such agreements are generally awarded to shipyards with larger operations, the company, which identifies itself as a small business, stated.

The MSRA between Marine Group and the Navy would allow the shipyard to do large-scale government ship repairs.

Marine Group CEO Herb Engel said the contract award symbolizes a passing of the torch from Southwest Marine, which no longer operates in the area, to his company. Southwest Marine was Marine Group’s predecessor. The former shipyard was regularly awarded MSRA agreements, such as a $10.3 million contract in 1997 to work on USS Kitty Hawk and a multi-million deal in 1999 to overhaul and modernize USS Princeton.

“For those of us who remembered Southwest Marina, this is taking us back in time to when we were awarded our first MSRA in 1976 and went on to become the largest ship repair company on the West Coast,” Engel said in a statement. “As a family-owned business we are very pleased to have re-established this achievement as a small business.”

Being awarded an MSRA contract by the Navy means Marine Group Boat Works must perform all aspects of large ship repairs, including planning, quality control, shipboard and off-ship production, component and systems testing, and vessel trials. Marine Group Boat Works would also be required to work on Littoral Combat Ships or larger.

“This means that Marine Group will provide the government a fixed-cost estimate to get the necessary repairs complete, therefore assuming the responsibility of completing the project within the budget set for themselves,” according to Marine Group staff. “Fixed-price contracts allow the government better budget forecasting and maintenance and ultimately can save the taxpayers’ money.”

Repairing Navy ships adds to the list of services offered at Marine Group. The company also performs new vessel construction and repairs on yachts or commercial/government ships up to 220 feet.

Todd Roberts, president of Marine Group, said the agreement with the Navy would also benefit the company’s recreational customers.

“Customers from our other segments actually benefit from this MSR agreement in that the highly technical resources, technology and equipment that we’ve acquired to meet all the qualifications of the Navy is now available to everyone else we service,” Roberts said. “To name a few resources, we’re talking a waterjet metal cutting machine, PropScan technology for digitally balancing propellers, new floating docks equipped with ample shorepower and more.”

Other Marine Group clients are the Port of San Diego, Scripps Institution of Oceanography, U.S. Army Corps of Engineers, and Golden Gate Bridge and Transportation District.

More information about Marine Group can be found on its website, marinegroupboatworks.com.