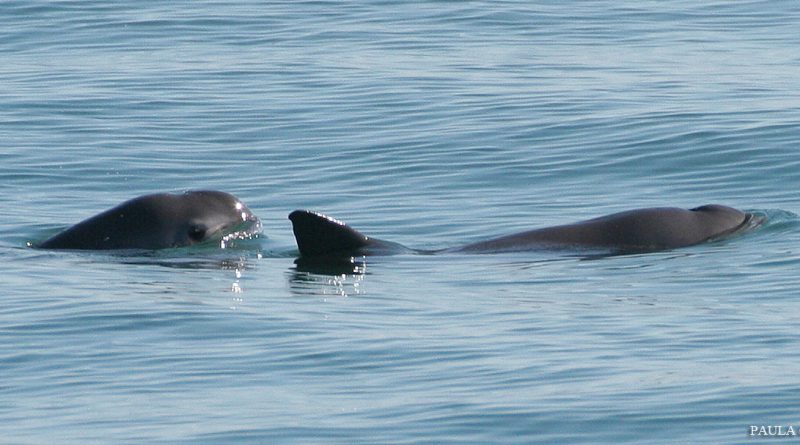 Mexico has created a tier-based enforcement guide for the zero-tolerance area in the Upper Gulf of California, the habitat for the critically endangered vaquita.

LA PAZ, Mexico一 On July 9 Mexico released a document detailing a tier-based enforcement system for the zero-tolerance area in the Upper Gulf of California, the only known habitat of the critically endangered porpoise, the vaquita. The recent announcement details Mexico’s plan for enforcing the Zero Tolerance Area and the Refuge Area for the Protection of the Vaquita Marina plan that was released on Sept. 24, 2020, which created a zero-tolerance of fishing within the vaquita habitat.

The initial agreement created an almost 140-mile zero-tolerance area to protect the vaquita, this banned the use of gillnets in the area and any type of fishing vessel.

When the initial agreement was released, Mexico promised to release a set of enforcement procedures and triggers for that enforcement at a later date.

The vaquita is one of seven porpoise species on the planet and is considered one of the rarest marine mammal species in the world with the last species count at just 10 porpoises, which is a drastic decline from the over 500 individuals in the 1990s.

The vaquita is facing a distinct threat from the use of gillnets in their only known habitat the Upper Gulf of California.

“There is no evidence that vaquita are being preyed upon by other species,” said Zak Smith, director of international wildlife conservation with the Natural Resource Defense Council. “There is no other evidence that they have lack of food or that there is any other explanation for their dramatic decline other than getting caught and drowning in gillnets which are illegal in Mexico but entirely unenforced.”

According to Smith, fishermen in Mexico use the gillnets to catch shrimp and totoaba, a large fish species only native to the Gulf of California and has been internationally illegal since its placement on the Endangered Species List in 1975, even though gillnet fishing has been banned in the vaquita habitat since 2017, and in the 2020 document, the use of gillnets was banned in and around the habitat.

Mexico’s current enforcement system is broken up into tiers based on the number of boats and gillnets that are observed in the zero-tolerance area.

The strongest enforcement is if 60 to 65 boats are observed in the area three times a month Mexico will close the area and prohibit any type of fishing, the first time this occurs there will be a closure of up to 3-nautical miles for seven days, the second occurrence in 30 days will result in closure for 30 days, and so on and so forth.

If more than 500 meters of gillnets are recovered in the area Mexico will follow the same pattern of closures.

“For an area where there are supposed to be no boats to start with that, they will start increasing enforcement when the illegal activity reaches a certain threshold,” said Smith. “And if that threshold increases it like basically its 20 boats, then it’s 50 boats you know they will increase their enforcement when the problem, of course, is any gillnet in the vaquita habitat threatens the survival of the species that is the conclusion of scientists.”

In March 2020, the U.S. National Marine Fisheries Service announced that there was going to be a ban on imports of Mexican shrimp and other seafood caught in the vaquita habitat with the hope that the ban would place pressure on the Mexican government to stop the use of gillnets in that area.

For further information see the Natural Resource Defense Council website at https://www.nrdc.org/, or to read the official document from Mexico see https://bit.ly/2UYEB0H.