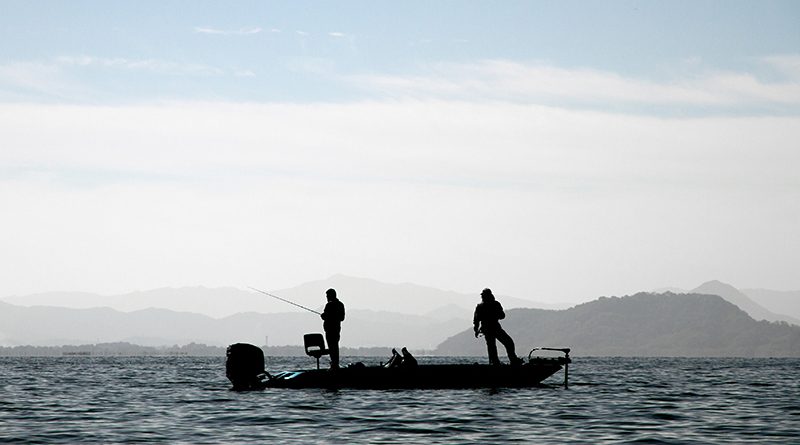 A study released in July from Ball State University in Muncie, Indiana, used ten years of data from popular fishing app Fishbrain to provide better insight into the creation of “invasion superhighways,” which increase the spread of aquatic invasive species across the United States.

The data they gathered identified high-density fishing areas where anglers gather and the links that are created between waterways through fishing traffic. It also highlighted the function of apps like Fishbrain and the actions recreational anglers can take to prevent the spread of invasive species.

“The popularity of the Fishbrain app allowed us to see large scale movement patterns of anglers,” said Jessica Weir, an author on the paper from Ball University. “This was critical to the success of the study. We knew it was an interesting avenue of research because how anglers move among lakes is critical to understanding how invasive species are spread. Good movement data are hard to come by and spatially limited, so there was a large data gap in most places that we could fill with Fishbrain data. Our group had success in describing connections between lakes at a smaller scale using a now defunct fishing app and we did a pilot study in Minnesota using Fishbrain data that was then scaled up to the entire U.S.”

An “invasion superhighway” refers to a network of waterways connected by tourists and anglers which do not have a natural connection.

“The invasion superhighway is a national network through which aquatic invasive species are spreading,” said Weir. “Our research derived this network from pathways that were heavily and frequently travelled by anglers.”

This differs from the natural network of rivers and streams the species can take. Natural waterways are connected and flow downstream, while the superhighway allows the species to be transported from one place to another even though the waterways are not connected.

“The angler network was far more extensive than the natural network,” said Weir. “There was more connectivity overall, redundant connections, and new connections that do not exist via rivers and streams. The flow of connections from lake to lake often occurred in both directions due to how anglers moved across the landscape, compared to the typical one-way (downstream) flow of rivers and streams.”

Over a four-year period, researchers used data from the app, which provides data to anglers and lets them store their information, like a fishing log and favorite fishing spots, to track fishing patterns across the U.S.

“Fishbrain is the most popular app for people who like to fish in the world,” said Nate Roman, partnerships manager at Fishbrain. “As such, Fishbrain is able to provide comprehensive insight into fishing trends and patterns based on data from millions of anglers across different jurisdictions, making it easier to spot how the movement of invasive species maps onto the movements of anglers.”

With 10 million users across the country, researchers could see where the greatest density of anglers was and how they moved to new spots.

“The eastern part of the U.S. had a greater density of fish catches – this is likely due to greater population density and more fishing opportunities/ water resources in the eastern U.S. compared to the western U.S. Destination fishing spots were popular among Fishbrain anglers, including areas in the Great Lakes and Florida,” said Weir. “Our research identified “hub” lakes in each state that were some of the most popular locations across the nation.”

While the study was able to track the “superhighway,” it was a staunch reminder of the angler’s role regarding invasive species.

There are a couple of tips that anglers should keep in mind as they move around to different fishing spots.