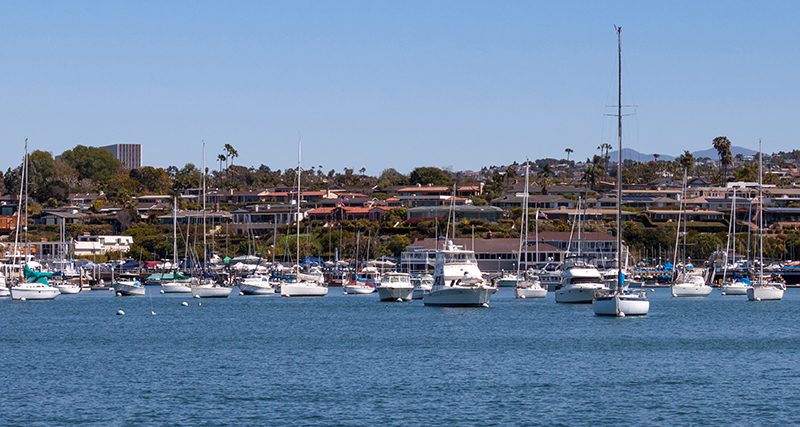 Local Newport Beach boater, George Hylkema has created a device that will save the city thousands of dollars in pump repairs and maintenance.

NEWPORT BEACH— The end-of-year Changing Tides newsletter published by the Division of Boating and Waterways released an article by George Hylkema, a Newport Beach local, announcing that the city of Newport Beach has installed newly modified SaniSailor pumps for boaters to pump out sewage from boat holding tanks into the city’s sewer system. A new device has been installed in the pumps that will protect the pumps from breaking and will better help keep the water clean in the harbor. The city of Newport Beach currently has five vessels pump out systems installed throughout the bay that are used 24 hours a day, 365 days a year.

Within the SaniSailor there is a new device designed by Hylkema. The device is called a Particle Separator and helps to pump out wastewater and sewage from boats, where it is then drained into the city’s sewage system until it finally heads off to the sanitation district. In the bay, it is absolutely prohibited to execute this on your own; all pumping must go through the SaniSailor pump on the dock. The initiative is funded by the Sport Fish Restoration and Boating Trust fund through the California State Parks Division of Boating and Waterways.

Pump failures are an expensive and inconvenience for boaters, and it risks the possibility of improper waste disposal. If even one screw enters the pump it will destroy the hose inside; a replacement hose can cost roughly $1,200. The Particle Separator was developed by Hylkema and will ensure functionality and longevity of the SaniSailor pumps, eliminating the possibility for the pumps to break. The Particle Separator has no moving parts or filters (with attendant biohazard issues) that can effectively protect dockside marine waste pumps from damage by removing the offending particles from the waste flow before they can enter the pump. Newport Beach spends about $30,000 a year in maintaining these pumps. Other installation methods are possible, but the current Particle Separator devices are installed in a locked wooden housing and are secured to the dock next to the pump system.

“I started thinking about how to prevent screws from getting into the pump, so I built a device that worked, I refined it and presented it to the city,” said Hylkema. “I tested them for a few months and the city has bought five of them from me, three of which have already been installed. What they do is to take particles out of the flow of sewage. The device has a tongue that divides it in half, so that they waste must go down…when it gets to the larger section, the flow rate is slow that anything heavy goes to the bottom. It can’t make the turn to get back up.”

Newport Beach has maintained Particle Separators for approximately five months on five new pump systems. Within these past few months, particles have already been found during inspections. These various items would have likely caused an internal hose failure if this device was not in place.

The Particle Separator consists of a hollow Sanitary Tee (a fitting designed to connect a branch line into a vertical drain line) with side ports. The lower end is expanded in diameter and connected to the receiver cup. It is constructed of industry-accepted, marine-grade polymeric materials and has an uncomplicated, long-term use estimation.

The system works because the waste flow from the boat enters the Particle Separator through the inlet connection and exits on the other side through an outlet fitting, through a short hose to the waste pump. A “tongue” divides the device lengthwise between these fittings terminating above the bottom of the device. Waste entering the device is directed downward by the tongue, which deposits the particles in the receiver cup as the upward flow goes around the tongue’s end, out the exit, and into the pump.

Routine inspection of the device is straightforward. The system is flushed with seawater. The bottom receiver is released, and the particle receiver is emptied and inspected for content.

A video of the pump from City of Newport Beach’s “The Village Green” program, can be found on the Newport Beach website, showing the SaniSailor pumps and the Particle Separator. For more information email, ParticleSeparator@yahoo.com.