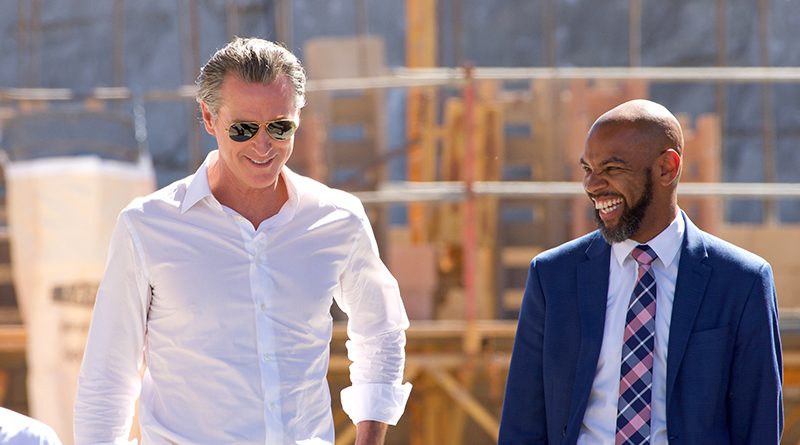 ANTIOCH— On Aug. 11 Governor Gavin Newsom revealed a broad strategy for strengthening California’s water supply in his 19-page document. The plan outlines goals to recycle more water, expand reservoir storage and collect more data about the amount of water being used by farmers.

Newsom said that enforcing new strategies is critical because California’s water supply will shrink by 10 percent by 2040 as climate change brings warmer, drier consequences to California.

Included in the plan are possible grants to fallow fields and programs to compose timely data regarding surface water grower’s use. The project also glides over the possibility of regulations to downsize growers’ pumping from rivers and streams beyond drought emergencies.

The new report highlights that the state’s administration operates under a complex and ancient water rights system, rooted since the Gold Rush, and requires changes.

In the 19-page document, the Newsom administration outlined efforts to bolster recycled water supplies and storage capacity in reservoirs and groundwater. Measures included are:

-Create storage space for up to 4 million acre-feet of water, allowing us to capitalize on big storms when they do occur and store water for dry periods.

– Recycle and reuse at least 800,000 acre-feet of water per year by 2030, enabling better and safer use of wastewater currently discharged to the ocean.

– Free up 500,000 acre-feet of water through more efficient water use and conservation, helping make up for water lost due to climate change

– Make new water available for use by capturing stormwater and desalinating ocean water and salty water in groundwater basins, diversifying supplies, and making the most of high flows during storm events.

However, the plan has little detail and outlying deadlines and does not incorporate a water conservation mandate.

In addition, it also does not include measures to substantially govern water usage by agriculture, which uses almost four times more water in California than people in urban areas use, according to calmatters.org.

Despite the ongoing drought that absorbs California, Newsom’s strategies will not increase the amount of water available to urban areas and farms in the near future. For example, the plan’s procedures set a 2030 goal for recycling 800,000 acre-feet of water, an eight percent increase from the amount recycled in 2020, and a 2040 target that builds to 1.8 million acre-feet of recycled water.

According to Senior Advisor for Communications for the Office of the Governor, Anthony York, in an interview with CalMatters, the drought “is not a short-term situation. It’s the new reality. And we cannot conserve our way out of this given how our climate has changed.”

A fundamental theme for the approach is expediting permitting for various projects, including groundwater recharge (or deep drainage where water moves downward from surface water to groundwater) and desalination. Newsom lamented what he referred to as the “regulatory thickets” slowing these efforts and agreed to work with the Legislature in its last weeks of session to “help us fast track these projects.”

Newsom recently moved to streamline permitting for renewable energy projects, a testy effort that lawmakers called “rushed” and “lousy,” according to CalMatters.

The report also acknowledged the state’s disputed tunnel proposal to replumb the Sacramento-San Joaquin Delta and pump more water south. Antioch Mayor, Lamar Thorpe, denounced the tunnel plan through remarks with Newsom during the press conference, although he expressed support for the remainder of the administration’s water strategy.

When Newsom was asked during the briefing about ideas such as container ships transporting water from Canada and the Pacific Northwest, he responded, “I assure you, we have some more novel ones…that are more interesting. But that’s for later.”

Peter Gleick, co-founder and senior fellow at The Pacific Institute, a global water think-tank, applauded the announcement but noted its limitations.

“Many of the things in this strategy are important, many of these things need to be done. All of them need to be done faster. And there’s some gaps,” Gleick said in an interview with CalMatters. “There’s very little in here for agriculture … a hard challenge, because there are fewer knobs and levers that the state can turn and twist here.”

For urban users, Newsom has not followed the efforts of former Gov. Jerry Brown, who set a statewide conservation mandate. Instead, Newsom has since preferred to leave the details to local water agencies in what he called a “mandate of local mandates.”

At the event, Newsom said that his voluntary approach came from comprehensively examining lessons learned from the last drought.

“One of the principal recommendations in that report was do not impose one-size-fits-all,” Newsom said. Instead, he said he has met with water agency leaders twice to tell them, “You’ve got to step up your conservation efforts, or we will impose these statewide mandates.”

Though water use has not substantially declined under his voluntary measures, urban usage dropped by about 7.6 percent in June in comparison to two years ago. Still, only 2.7 percent has fallen since last July compared to the same stretch in 2020.

The press conference follows closely after a poll indicated that more than two-thirds of Californian adults canvassed commented that state and local governments must do more to fight the present drought.