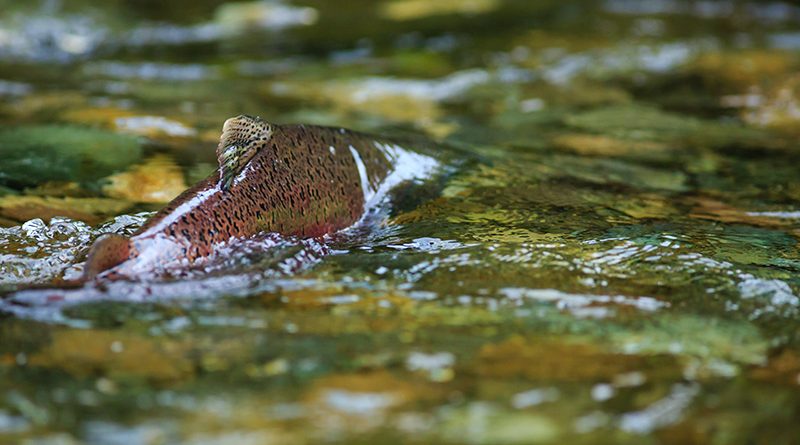 Twenty-five percent of the additional fish will have their adipose fins clipped, and coded-wire tags installed to identify them as hatchery-born. Shutterstock image.

CALIFORNIA一 The California Department of Fish and Wildlife and the U.S. Bureau of Reclamation announced a joint effort to increase the production of full-run Chinook salmon at the Nimbus Fish Hatchery in Sacramento County by 500,000 smolts to help combat the effects of drought.

The hatchery typically produces four million Chinook salmon smolts per year for release into the American River and locations throughout San Francisco and San Pablo bays.

The American River saw a significant decline in returning salmon during the last drought, and by increasing the smolts from the hatchery, the CDFW are looking to get ahead of the population decrease.

“We’re using those observations and that experience to get ahead of any population declines this time around by increasing production to help sustain this important salmon run,” said Jason Julienne, supervisor for CDFW’s North Central Region fish hatcheries, in a Nov. 2 press release from the CDFW.

Most of the additional salmon smolts will be trucked and released at sites in San Pablo and San Francisco bays to improve the smolts survival chances and allow scientists to further evaluate new release points that were utilized last spring.

There is a similar measure happening at Feather River Hatchery in Butte County, where there will be a 1,750,000 increase of fall-run Chinook salmon this fall, according to the CDFW website.

To learn more about the hatchery, visit the CDFW website at https://wildlife.ca.gov/Fishing/Hatcheries/Nimbus.