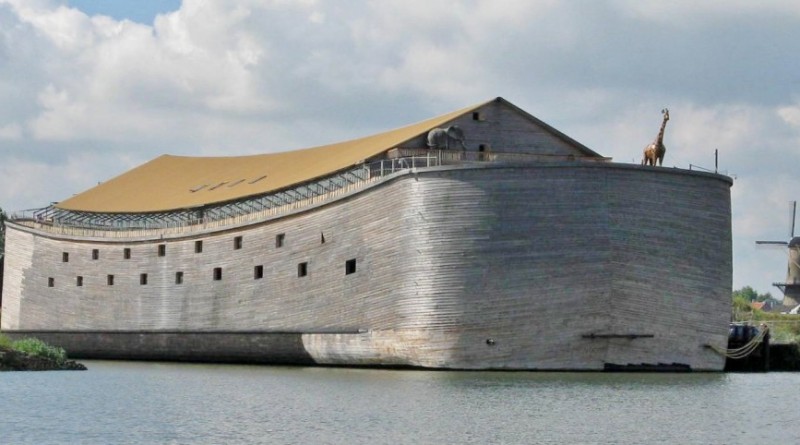 Californians may have an opportunity to board and tour the 410-foot Ark of Noah if enough money is raised to allow the vessel to go on a worldwide tour. Photo courtesy of Ark of Noah Foundation

410-foot vessel will travel 5,000 miles to Brazil and with plans to stop in local harbors.

PASADENA, Calif. — A life-size replica of the Bible’s Noah’s Ark will sail from The Netherlands to Brazil this summer, with plans to make stops in San Diego, Long Beach and San Francisco after its trip to the Paralympics Games.

Dutch carpenter Johan Huibers built Ark of Noah four years ago as a religious attraction and now has partnered with The Ark of Noah Foundation — a foundation based in Pasadena, California — to raise money to fund the 5,000-mile trip across the Atlantic Ocean.

The Ark of Noah, also known as Johan’s Ark, will travel to Fortaleza, Brazil during the 2016 Olympic Games and Rio de Janeiro, Brazil for the Summer Paralympic Games. From there it will visit many other harbors on its journey through South, Middle and North America. While still in the early planning phase, desired ports to visit include: Montevideo and Buenos Aires, Havana, Panama, Columbia and San Diego, Long Beach, San Francisco and Seattle.

To be in line with the Biblical story the ark includes replicas of animals paired two-by-two as described in Genesis.

According to the director of The Ark of Noah Foundation Herald A. M. A. Janssen, the nonprofit plans to use proceeds from the Ark tours to build Ark of Hope Centers.

“Ark of Hope Centers will provide social, educational and practical support to the underprivileged citizens of Brazil, and later to follow up countries,” said Janssen. “Centers will teach water use, social and environmental responsibilities as well as help with substance abuse issues, workforce skills, and much more.”

The money for the Brazil Ark of Hope Centers will be raised in part through crowd funding and from the visitors who tour the Ark while it’s in Brazil and the other countries thereafter.

For more information on Ark of Noah visit arkofnoah.org.