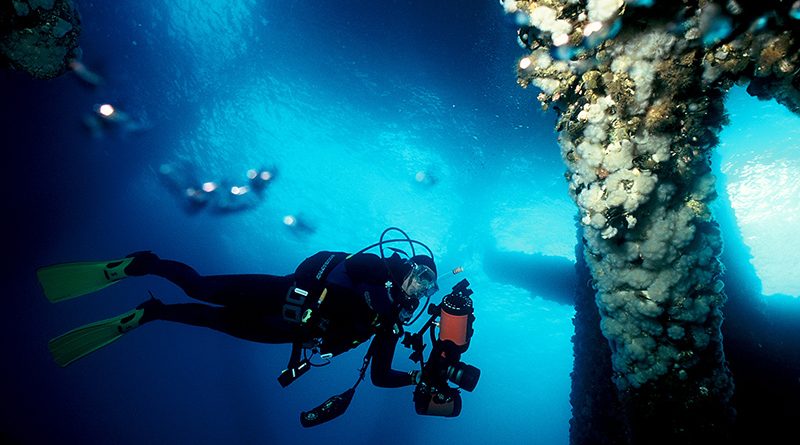 The workshop was an all-day affair with talks from lawmakers, industry experts, and various stakeholders.

NEWPORT BEACH⸺ On April 21, Orange County Coastkeeper and the California Artificial Reef Enhancement Program hosted an all-day workshop to discuss and hammer out a potential plan to remove offshore oil rigs off the coast of Orange County.

Spurred forward by the 2021 Huntington Beach oil spill and the logistical issues surrounding the decommissioning of Platform Holly in Santa Barbara, OC Coastkeeper and CARE created a workshop to discuss the path forward for Orange County.

“It is easy to have the oil platforms fade into the background a bit,” said Lauren Chase, staff attorney for Coastkeeper. “You are used to seeing them, and they are there, and you don’t give them much thought. And when you have something like a spill, it is a pretty tangible stark reminder of what’s going on out there, and I feel like the more questions I ask, the more questions I have about offshore oil production and the process. We have some platforms that are over 50 years old offshore in Orange County, so when the spill happened, it raised a lot of questions.”

“We want to leave today… with a real idea of direct steps we can take to push the ball forward on this issue, so that is kind of the idea behind this roundtable workshop discussion,” said Chase. “Where we have two state lawmakers and regulator and other stakeholders to just sit and chat together, and after everything we’ve heard in the day so far, try to identify some concrete steps and pathways forward.”

The first scenario would be to remove all existing infrastructure and equipment from the area and attempt to restore the area to its natural state.

Complete removal was the original contemplation when the leases were issued. All the oil rigs are built on parcels of land leased by the California State Lands Commission or the Department of the Interior.

The scenario would largely return the space to the way it was before, but the added expense could fall back on the taxpayers and the state if operators fall through, as it did with platform Holly.

The second scenario offers to turn the rigs into reefs. Operators could donate the rig rather than scrapping it, and the rigs could serve as artificial reefs under the National Artificial Reef Plan.

The structures would be toppled or partially removed and towed to other reef sites as artificial habitats for ocean creatures.

The structures have shown to be productive habitats, with documented cases of organisms already using the structures to make their home.

However, there is concern over the long-term effects of leaving the structures in place. California has worries over the navigational issues the rigs could present in shallower waters, which leaves state rigs ineligible for this plan.

Finally, there is a reuse/alternative use for the rigs. The guidelines suggest that operators could apply to reuse or relocate the facility for gas and oil development in another region.

There is an application process and the cost of moving the facility to be considered, but it would allow the operators to reuse the facility.

A cost report was released in September of 2020, which estimated the total cost of decommissioning in Southern California.

“We have 23 platforms offshore California in federal waters, and four of those are off of Orange County, and the total cost of decommissioning in 2020 by this report is $1.63 billion for the federal facilities,” said Chase.

Between cost and a list of options and obstacles, the panel has a job of detangling the path forward.

“So, kind of revisiting the topics of the sticking points and our decommissioning framework and seeing what we can approve upon from a variety of different perspectives to make it a better process that results in a safer and cleaner ocean environment,” said Chase.

There is no other workshop planned at the moment, but Chase is optimistic that this will spur the conversation forward until a solution is reached.

“We hope that this is the start of a series of conversations and no concrete plan at the moment, but we would love to continue this conversation until it is all settled and done,” said Chase.

To watch the full recording of the webinar, visit: https://ror2022.org/.