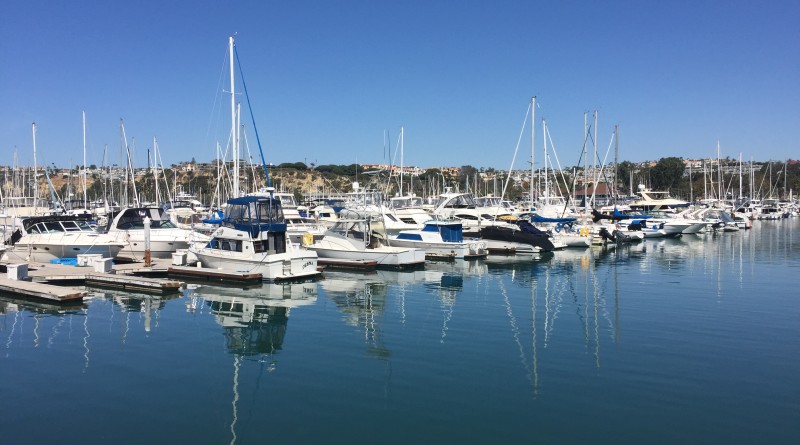 Nearly 20 years of hoopla surrounding the county’s revitalization plans appears to be replaced by a revolving door of people overseeing the harbor.

The next person walking through the door is Stacy Blackwood, who will oversee duties previously performed by the Dana Point Harbor Director after Mark Denny left his post for an executive position at Dana Point City Hall, according to an Orange County spokesperson.

A shift in management is the latest in a series of dramatic occurrences surrounding Orange County’s southernmost boating venue, which consistently had its share of high drama since civic leaders initiated plans in 1997 to revitalize the waterfront with new slips and an updated commercial area.

The most recent episode of “As Dana Point Harbor Turns” might as well be titled “Who Is In Charge?” as questions continue to swirl around the harbor’s management changes since Brad Gross resigned from the waterfront’s top post in May.

Of course most of the drama preceding the recent management shifts focused on when, if at all, the planned revitalization would be realized.

The county finally broke ground on construction plans in 2016, but the spotlight on Dana Point Harbor hasn’t disappeared. Instead scrutiny has shifted from waterfront revitalization to management, as the harbor is set to have its third director within six months.

Blackwood assumes oversight of Dana Point Harbor as part of her duties at O.C. Parks, where she has served as director for five years. County officials stated she has 17 years of experience in local government finance and project management. Her tasks are incorporated into her position as O.C. Parks director; there is no longer an official “Dana Point Harbor Director” position.

Former Orange County Chief Operating Officer (COO) Mark Denny recently assumed his new position as deputy city manager of Dana Point, meaning he is no longer overseeing the harbor. Denny effectively served as a placeholder for the harbor’s top management role, taking over the reigns after Gross resigned in May and the Dana Point Harbor Department was merged into O.C. Parks.

Boaters who spoke with The Log off the record said little or no information has been shared about Denny’s successor.

One boater, who is also active at one of the local yacht clubs, said he was completely unaware of Denny’s departure from his COO post and pondered why the county did not, at the very least, announce an interim manager or director for the harbor.

“What we’re getting are expressions of surprise,” the boater anonymously told The Log. “We haven’t been able to confirm why Denny went to work for the city.”

Denny, who spoke to The Log via email, said joining Dana Point City Hall would allow him to work on a broad spectrum of civic issues.

“It’s an opportunity to work in a world-class city, with great residents, businesses, elected leaders and city staff, and on things that I am truly passionate about – parks, recreation, infrastructure and water quality,” Denny said, adding his departure from O.C. Parks will not alter harbor operations.

Whether salary factored into Denny’s decision is purely speculative at this point. Salary data made public on the Dana Point City Hall and Orange County websites hint the former county executive would earn roughly the same amount of money as either deputy city manager or COO.

Denny, as COO, earned a base salary of $209,844 in 2015, according to data released by Orange County officials. His total 2015 compensation, including insurance, deferred compensation and retirement share, totaled $337,835.53.

Denny’s compensation package with Dana Point was not made public, although a 2015 salary schedule published on the city’s website could offer insight on how much the former county COO could be earning as the deputy city manager overseeing the departments of Community Services/Parks and Public Works/Engineering.

Denny’s annual salary, not including benefits and other compensation, would have been between $153,960 and $207,852 had he been offered the published monthly wage ($12,830-$17,321) for assistant manager and director of administrative services.

Wages were slightly lower for the respective managers of Community Services/Parks and Public Works/Engineering, the city’s published data revealed.

While Denny’s departure probably would not have any effect on the harbor’s revitalization there are other questions to be asked, such as whether the city of Dana Point has any interest in assuming control of the boating venue and waterfront area. Is the position of overseeing the harbor now an unstable position? What are the long-term repercussions of Gross’s resignation and Denny’s departure?

Time will tell whether the questions presented and inferred here will be answered. In the meantime the second of four county audit reports of Dana Point Harbor’s operations could be released soon. The first audit report, released right after Gross’s resignation, revealed city and county employees regularly took advantage of a room discount program at the county-owned Dana Point Inn.