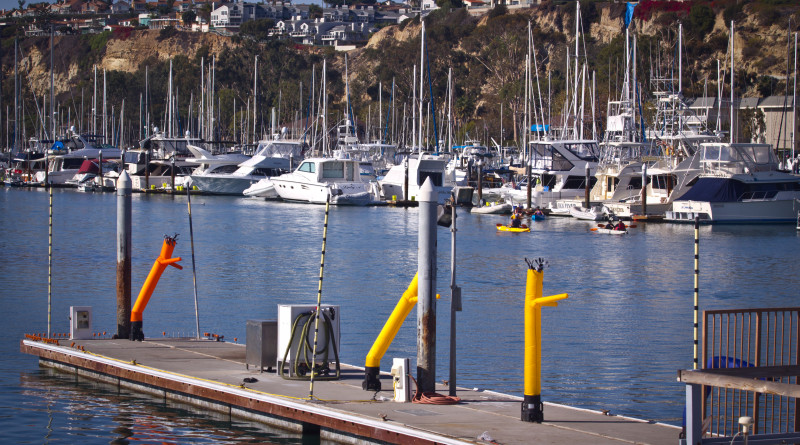 Pilot program at Dana Point Harbor could return in the future, but county to pull the plug for now.

OC Parks staff told The Log in November 2016 the experiment to scare sea lions away from Dana Point Harbor’s boat docks was working and would continue for a limited time into 2017.

Officials hoped the air dancers would keep sea lions off the docks, and the experiment worked initially during the peak of summer. However those same officials acknowledged the air dancers were not as effective by the time summer came to an end.

Orange County announced at the beginning of the year the air dancers would be placed on a hiatus.

“The sea lions have been more scarce in the past 8-12 weeks; however we continue to see one to three hanging around the east marina,” OC Parks spokesperson Marisa O’Neil told The Log. “We are planning to give the air dancers a break for a while. This is due to: 1) decreasing need (fewer sea lions); [and], 2) save the … expense of replacing the ‘socks’ and extension cords.”

OC Parks confirmed the air dancers would come down but could return again in the future.

“Staff has been advised to watch and if there is any increase in sea lion activity, they will redeploy immediately,” O’Neil said. “It is expected that the sea lions will become more active if waters warm and more sea life is available for them to feed upon.”