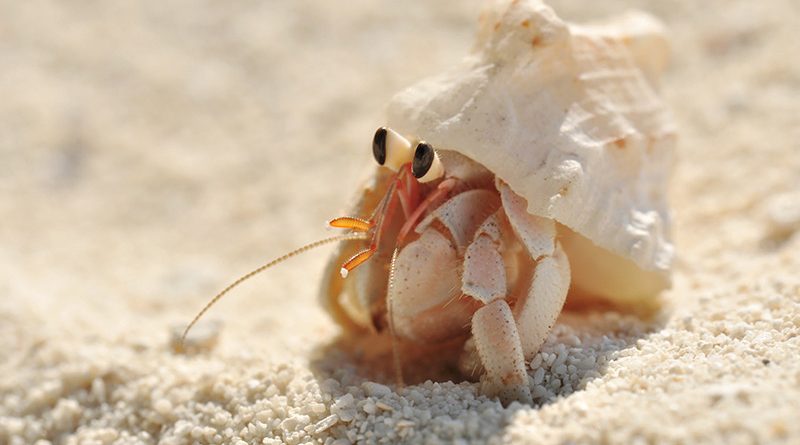 UNITED KINGDOM— A study out of the University of Hull in the United Kingdom suggests that hermit crabs are physically
affected by plastic waste in the ocean and not the way you think.

The study says that a plastic additive known as oleamide is mistaken for oleic acid, a chemical released during the de-
composition of arthropods.

Hermit crabs are scavengers and may misidentify oleamide as a food source.

The study noted that the hermit crabs respiratory rate increased when they were exposed to low concentrations of oleamide and showed similar behavioral responses to the feeding stimulant betaine.

And in a previous study published on the National Library of Medicine, National Center for Biotechnology Information, researchers found that hermit crabs that were exposed to microplastics also had difficulty choosing and transferring
to a more optimal shell.

“The potential for the vast variety of plastic additives to mimic natural info chemicals for a wide array of species creates a multi-faceted problem that urgently needs further investigations to
initiate mitigation measures,” said the Aug. 21 study on oleamide from the University of Hull.

Over 80 percent of all marine debris from surface waters to deep-sea sediments is plastic waste.

Both studies state that microplastics have a deep effect on marine life and the demonstration of the behavior from the hermit crabs reinforces the harmful effects of plastic pollution.