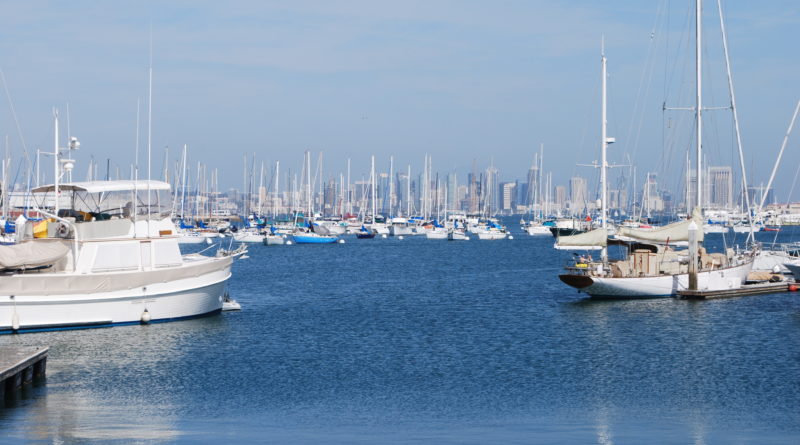 SAN DIEGO — The Port of San Diego believes it is on the verge of having a formal document in place to guide future development and modernization of one of the largest urban waterfronts in California.

A process launched in February 2013 appears to have a light appearing at the end of the tunnel as port district staff presented the Board of Port Commissioners a status update on the Port Master Plan.

The Port Master Plan Update, or PMPU, would update the district’s objectives and guiding principles. Port district staff hopes the PMPU would streamline the decision-making process, establish a market-ready approach for development, provide stakeholders with clarity and certainty as well as enhance environmental stewardship, fisheries and public access of the waterfront.

Long-range planning principles for the next 50 years would be governed by the PMPU, according to port district staff.

Jason Giffen, the district’s assistant vice president of planning and green port, said the PMPU, once implemented, would become a catalyst for modernizing San Diego’s waterfront.

Updating the district’s master plan would also allow the port to keep pace with evolving technology and new environmental regulations.

“We want to have a market-ready plan that allows for a streamline approval process with greater certainty and using a balanced approach. We will utilize a holistic approach that will balance environmental, economic and community interests in a long-range plan like never before,” Giffen said, adding the PMPU will continue to be developed during the next six months.

Port district staff stated the PMPU would open the door to more efficient development of the San Diego Bay waterfront.

“In totality, the PMPU is a value-added effort that will allow the District to react more nimbly to market demands, create an expedited path forward for development, enhance conservation and access within the District, and comply with the District’s obligations under the Port Act and the California Coastal Act,” port district staff stated. “It will allow the District to move away from ad-hoc, project-specific planning and instead, move toward a more holistic approach to longer-term planning that incorporates an economically driven objective.”

Commissioner Rafael Castellanos said the district’s constant planning for the future of the San Diego Harbor waterfront has helped attract billions of dollars of development investment.

The entire dais was hopeful port staff would be able to complete the master plan update within the next few months.

“This is the biggest thing we have to get done this year,” Robert Valderrama, the newly installed commission chair, told his colleagues.

The first port master plan was approved and certified in 1980.

“Since then, there have been 38 amendments to the plan, a reflection of the evolving demands within the District’s jurisdiction brought on by changes in the global and regional economy, shifts in development patterns in adjoining areas, and updates to regulatory processes,” port district staff stated in a report to commissioners.