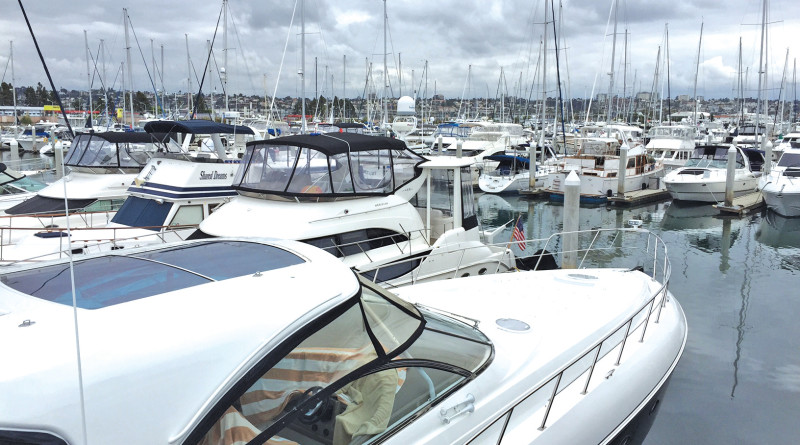 SAN DIEGO — Two lease agreements on the Port of San Diego Board of Port Commissioners’ consent calendar agenda were approved Dec. 13, with one approval maintaining current levels and the other amending terms to reflect the end of a legal dispute.

Sunroad Marina will enter into the next phase of its lease agreement paying the port district the same minimum annual rent as current levels.

Commissioners unanimously approved a resolution to establish lease terms between the port district and Sunroad Marina, a 600-slip marina at Harbor Island.

Sunroad’s minimum annual rent of $900,000 will remain in place when the next 10-year lease segment takes effect in February. The marina paid the port district, on average, nearly $1.2 million annually between August 2013 and July 2016.

“It is district practice that the [minimum annual rent] be set at no less than 75 percent of the average rent paid during the last three years of the preceding rental period. Sunroad currently has a [minimum annual rent] of $900,000 per year, which exceeds 75 percent of the average rental paid during the last three accounting years,” port district staff stated in a report to commissioners.

Sunroad and the port district entered into a 50-year lease agreement in 1987; terms of the agreement call for the       lease to be reviewed every 10 years.

Commissioner Rafael Castellanos abstained from voting on the resolution; the remaining board members approved this consent calendar item.

Lease terms between the port district and San Diego YC were amended, resolving a legal dispute between the two parties over rent payments.

Both parties reportedly disputed the lease’s language with respect to rent payments and attempted to resolve the disagreement in mediation. An amicable resolution was not achieved and San Diego YC filed a lawsuit against the port district in August 2015.

Settlement discussions resulted in San Diego YC and the port district coming to terms with how the yacht club’s rent would be calculated.

“The Addendum to Amended and Restated Lease clarifies and limits certain deductions from gross income upon which percentage rent is based, sets the percentage rent rate by which gross income is multiplied for the remaining rental periods of the lease, and states the calculation of Minimum Annual Rent,” port district staff stated in its report to commissioners.

Port district staff added its dispute with the yacht club was not representative of lease agreements it has in place with other tenants.

“The dispute, the unique San Diego Yacht Club lease language, the factual circumstances, and the proposed settlement are specific to the San Diego Yacht Club,” port district staff stated. “The advice of the General Counsel regarding this lawsuit and dispute is protected by the attorney-client privilege and attorney work product doctrine, and is addressed in a separate privileged and confidential memorandum to the Board [of Port Commissioners].”

Commissioner Dan Malcolm, who is a San Diego YC member, abstained from this consent calendar item.