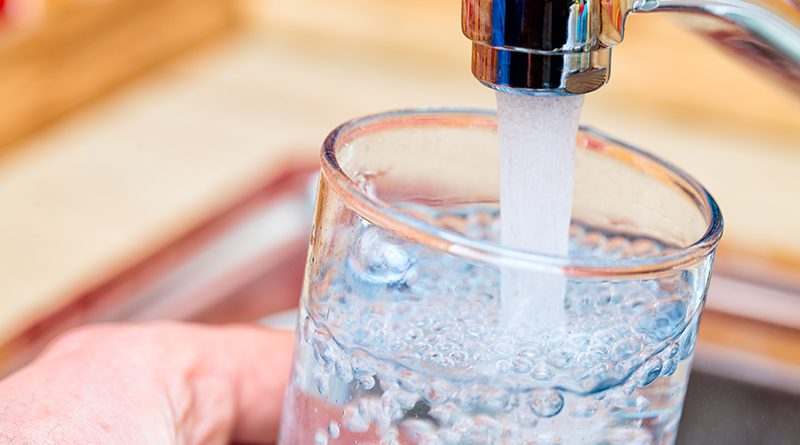 After the Poseidon desalination plant was rejected by the California Coastal Commission the South Coast Water District switched gears and is generating plans for a Doheny desal plant.

DANA POINT —The South Coast Water District (SCWD) is now working to obtain all major permits for its own desalination plant near Doheny Beach, located roughly 1,500 feet from the shoreline, by the end of this year. The Doheny project is moving forward shortly after the Poseidon desalination plant project in Huntington Beach was rejected by the California Coastal Commission (CCC) on May 12.

In 2018, Doheny’s Final Environmental Impact Report was certified as part of the California Environmental Quality Act. State and federal permitting for the project is still underway; the district intends to obtain all permits in 2022.

California is facing a record drought, increasing the push for an alternative source of potable drinking water to move away from imported sources like the Colorado River. The water district plans to disperse the water across Orange County in assigned sectors.

“The water would remain in South Orange County; specific areas would be determined by our [SCWD] partnerships, which are still being determined,” said Sheena Johnson, public information specialist for SCWD, in an email from July 11.

According to Johnson, the design and construction of the plant would take approximately three years. SCWD hopes to have the Doheny Ocean Desalination plant operating by 2027.

“The Doheny Ocean Desalination Project has been studied for over 15 years with extensive prior feasibility studies, technical studies, and a successfully installed and operated test slant well at Doheny State Beach (Doheny TSW) that operated for 18 months and produced approximately 3 MGD [million gallons per day] of raw intake water,” said Johnson.

According to Noaki Schwartz, Deputy Director of Communication for the California Coastal Commission, the water district built a test well at Doheny several years ago to determine whether it would be a good site for the proposed subsurface intake but has not yet built the other wells or the facility.

During the May commission hearing, opponents of the Poseidon project cited an increased cost for water ratepayers and harm to marine life as a reason to deny the plant’s permit. At the same time, supporters noted the ongoing severe drought and the need for new water sources outweighed perceived issues.

The Poseidon plant intended to use the existing AES Huntington Beach Energy pipeline infrastructure for intake and outfall. The old power plant used a “once-through cooling system” to bring seawater in and send it back out to the ocean, a system that releases the water back into the ocean, making it much warmer and contaminated with dead marine life.

The Doheny desalination plant would instead use a subsurface slant well, drawing ocean water into the plant from below the ocean floor.

According to an article from flitsep.com, a filtration and separation information source, the use of subsurface, below the ocean floor, intake systems for seawater reverse osmosis by desal plants, actually improves water quality, reduces chemical usage, decreases the carbon footprint, and reduces water costs, with a smaller environmental impact.

Poseidon planned to use that existing infrastructure while adding a fine, one-millimeter wedge wire screen into the ocean end of the intake tunnel to prevent marine life from being impacted during intake.

“Subsurface intakes include any of several designs that collect water from beneath the beach or beneath the seafloor,” said Schwartz. “The overlying sand and sediment act as a natural filter and prevent any impacts to marine life. Under the State’s Ocean Plan, these types of intakes are the preferred alternative, where feasible, for seawater desal projects.”

According to the California Coastal Commission’s staff report that recommended denying Poseidon’s plans for the desalination plant, the high speed of the diffusers could kill marine life. However, the diffusers are needed to prevent a concentration of highly salty water from sinking to the seafloor and creating a dense salinity ‘dead zone’ around the outfall.

The Doheny plant would require less infrastructure to transport the potable water to neighboring cities as a significant regional water transmission line crosses the site.

Because SCWD is a public water agency, whereas Brookfield-Poseidon was a private developer, the agency can receive grant funds and lower interest loans to fund the project. The company is currently focusing on partnership education and is in the process of enlisting partners to provide better funding.

SCWD hopes to schedule a permit hearing with CCC in the fall. The company is looking to address concerns brought up during the Poseidon hearing before that point.

For more information and updates on the project, visit https://www.scwd.org/about/district_projects/doheny_desalination/index.php.