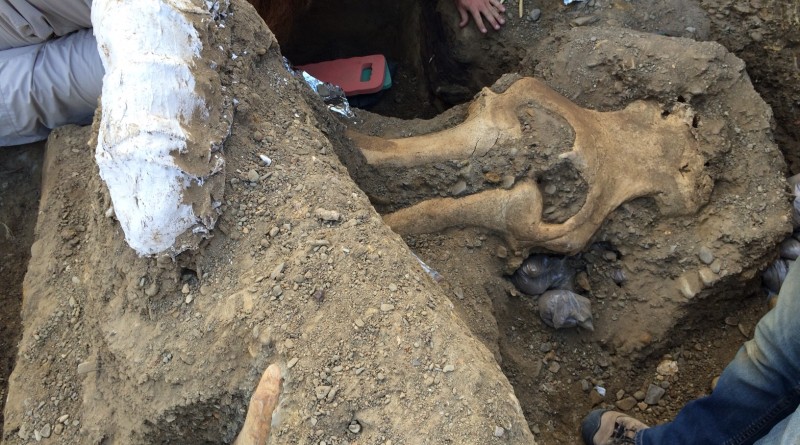 VENTURA — A team of scientists unearthed an exceptionally well preserved fossil of a complete mammoth skull from an eroding stream bank on Santa Rosa Island within Channel Islands National Park on Sept. 14.

“This mammoth find is extremely rare and of high scientific importance. It appears to have been on the Channel Islands at the nearly same time as humans,” Wilkins said. “I have seen a lot of mammoth skulls and this is one of the best preserved I have ever seen.”

Geologists at the U.S. Geological Survey (USGS) have dated charcoal samples adjacent to the specimen to approximately 13,000 years. The dating is significant since this time period coincides with the age of Arlington Man, the oldest human skeletal remains in North America, also found on Santa Rosa Island.

The size of the specimen is unusual. It is not large enough to be readily identified as a Columbian mammoth and not small enough to definitively qualify as a pygmy mammoth.

In 2013, USGS Geologist Dan Muhs found a pygmy mammoth tusk in a sea stack on the Santa Rosa Island coastline that dated to approximately 80,000 years.

The mammoth specimen was first discovered in September 2014 by National Park Service biologist Peter Larramendy. The scientists have informally named the find Larry in recognition of Larramendy and the late Larry Agenbroad, one of the world’s leading paleontologists.

The mammoth’s final destination will be the Santa Barbara Museum of Natural History.