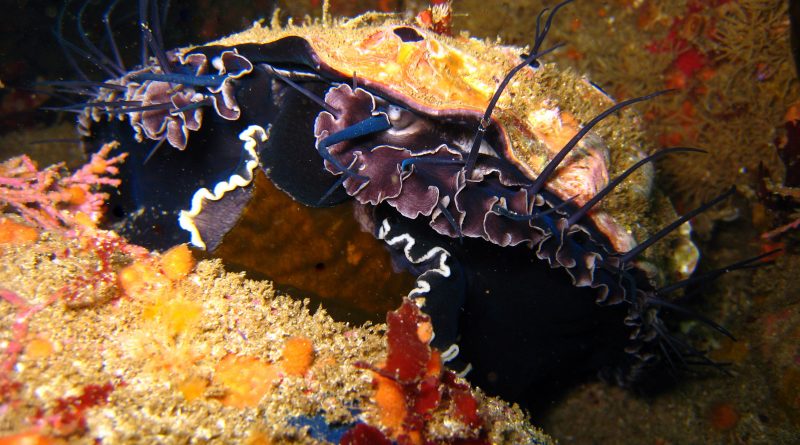 Photo provided by California Department of Fish and Wildlife.

The season normally runs from April to November but due to the decline of the red abalone from ecological factors the closure was extended by five years.

The Fish and Game Commission closed the fisheries in 2017 due to the decline in the Red Abalone population and at a December meeting, the commission voted to extend the closure for five years.

The population was affected by mass ecological events and a decline in their main food source, the bull kelp.

A recent study published in Communications Biology used satellite imagery and underwater surveys to show the 95 percent decline in kelp forests starting in 2013.

The decline was attributed to a marine heatwave known as “The Blob,” a series of El Niños between 2014 and 2016, that affected the Pacific, the local extinction of the sunflower sea star, and the expansion of the purple sea urchin population, according to the article from Communications Biology.

The urchin also depends on the kelp for a food source and with the loss of their main predator the sunflower sea star, the urchin has gone unchecked creating urchin barrens that prevent kelp forests from recovering.

There are several projects that are working towards reducing the purple sea urchin population and create patches of healthy kelp to provide a source of kelp spores that hopefully will lead to the recovery of kelp forests.

The recovery period will take time which is the reason for the closure, and when the fishery eventually reopens it will be guided by the Red Abalone Fishery Management Plan, which is set to be adopted sometime this year, according to the March 19 press release.

To learn more about the timeline or the management plan see the California Department of Fish and Wildlife website at wildlife.ca.gov/Conservation/Marine/Red-Abalone-FMP.